This month was a big reading month for me! I ended up reading ten books. Yes….ten! I had quite a few extra days to read (while at the beach and a few other trips!) so I was able to read more than I typically would. To be honest, this month was a total mix of books- some were really great, others not so much. But I’m excited to share them with you all today! I would love to hear what books you’re reading in the comments below.

P.S. These books, along with books I’ve read and recommended over the years, can all be found HERE! 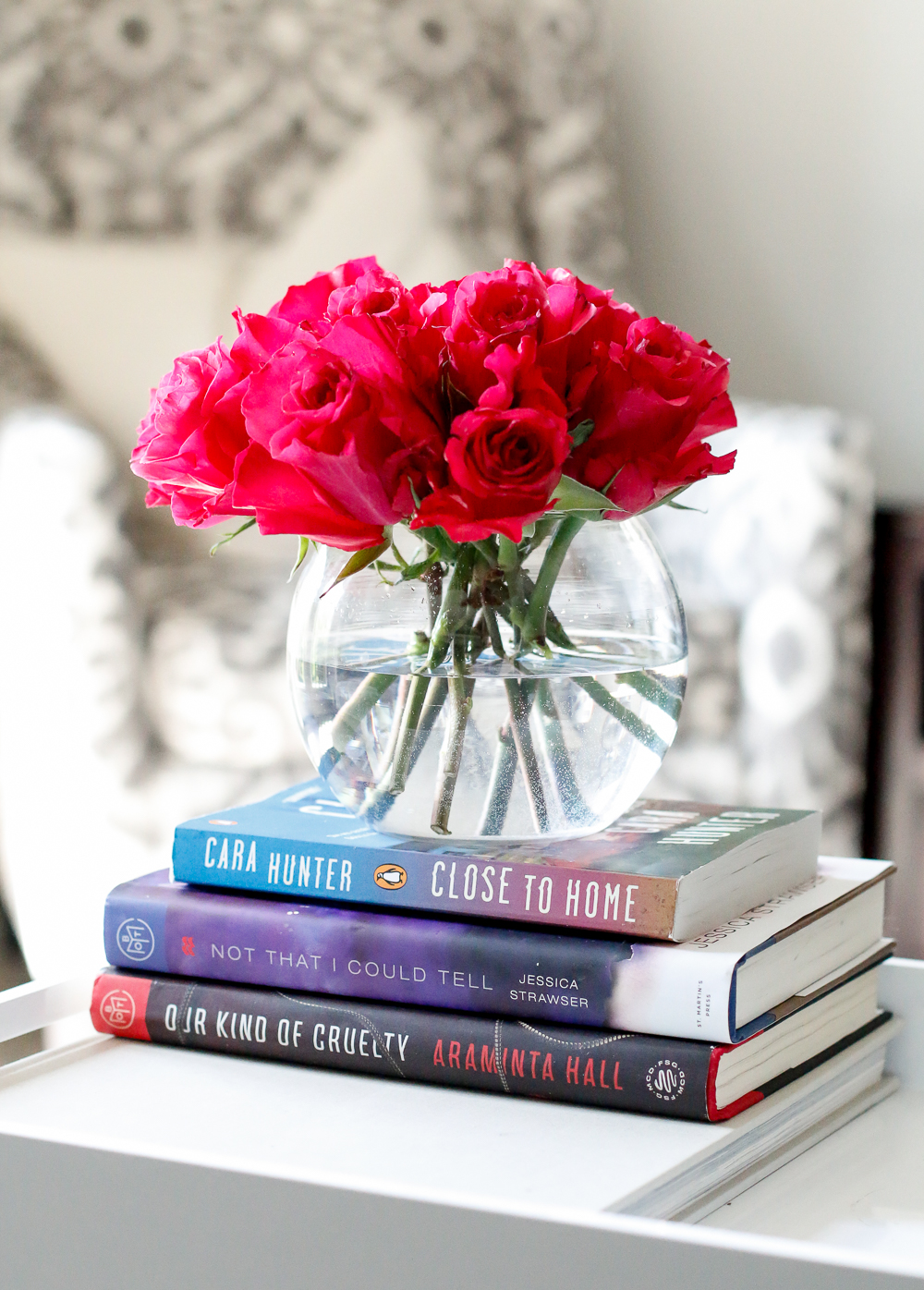 NOT THAT I COULD TELL BY JESSICA STRAWSER | This book was my March Book of the Month selection. Five neighborhood women gather in one of their backyards for a get together one night and the next day one of them appears to be missing. After a night full of girl talk and a bit too much wine, none of the women can think of anything that would have lead to Kristin’s disappearance. The investigation quickly turns to Kristin’s (almost) ex-husband and none of the pieces are adding up. Did he abuse her? Did she run away? Is she dead? The neighbors quickly realize that they may not know each other the way they think they do. I really liked this book because I loved the way the story was told, the way the characters were developed & the ending was quite a surprise! I will say, it’s not as suspenseful as I thought it was going to be, but it was good, quick read nonetheless.

CLOSE TO HOME BY CARA HUNTER | When eight-year-old Daisy Mason goes missing during a party at her family home, suspicion immediately falls on her parents. As family, neighbors, and close friends are interviewed it appears that this “perfect” family, who is really into keeping up their appearances, has a side that they don’t want seen. As the story progresses, we begin to learn more about this family, and eventually, what happened to Daisy. I thought the storyline was really well written and the found the ending to be surprising. I loved how the story unfolded with flashbacks, tweets from the public as the case became mainstream news in Oxford, and how well the characters were developed. I 100% recommend this book!

OUR KIND OF CRUELTY BY ARAMINTA HALL | This was one of my April Book of the Month selections and I was really intrigued by the description. Mike had a rough upbringing and a lonely life…until he met Verity. He and V were enamored with each other. Until one day V calls ends things with him. Mike dedicates his life to becoming everything V has wanted in a man. He’s got the perfect job and the perfect house and he’s determined to win back V for himself. Never mind the fact that she isn’t returning his emails or phone calls and that she’s getting married soon. Mike tells himself it’s all part of the game, Crave, they used to play. He knows V is sending him signs and that this is all part of their bigger plan to be together. This book is slightly crazy and Mike is certainly off his rocker. The author does a great job of transporting you into the mind of Mike. I was really curious where the plot was going the entire time I read it and up until the very end I was left wondering. Sometimes I can immediately figure out a storyline, but this one kept me guessing, which I liked. 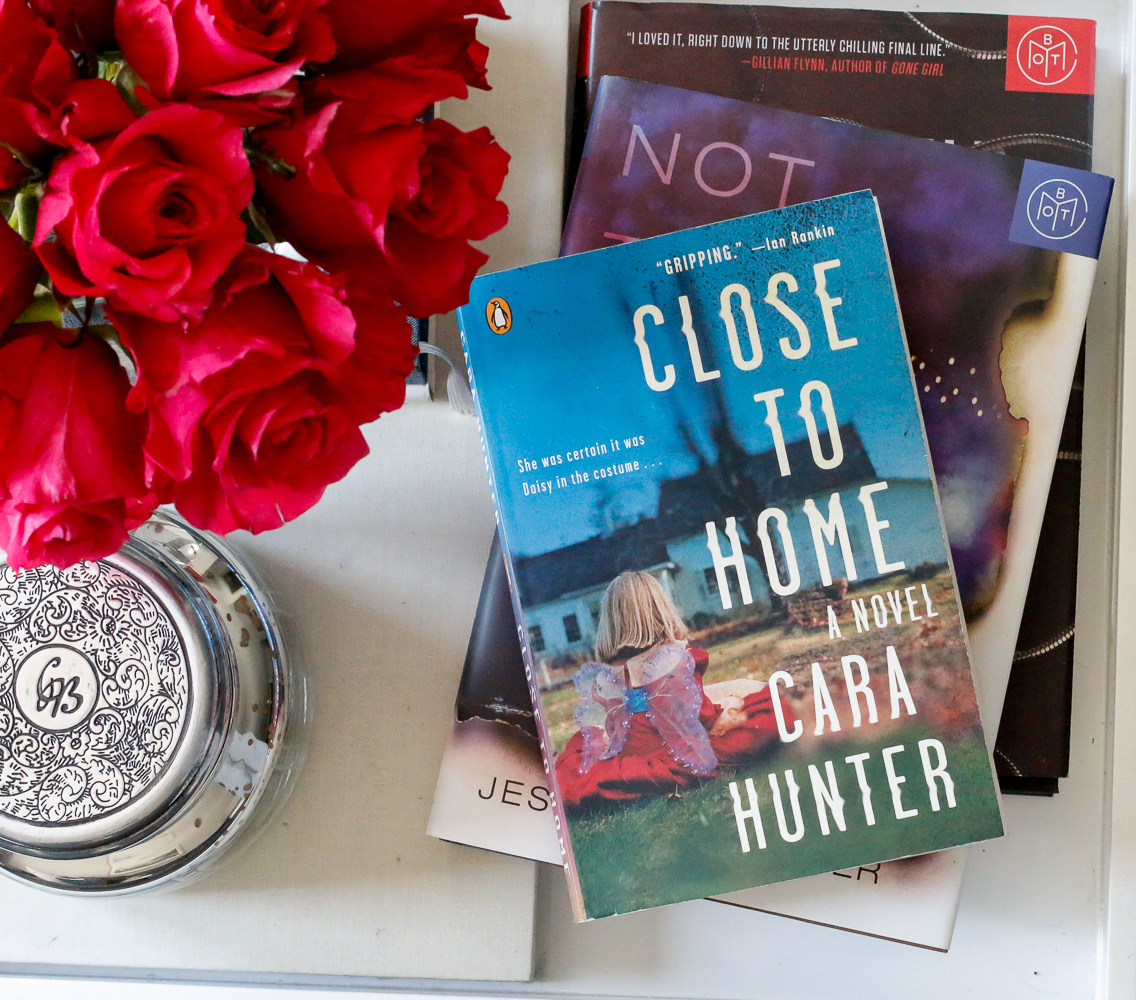 I did a lot of reading on my Kindle PaperWhite this month. I love reading a physical book, but sometimes it’s easier to carry around my Kindle and have a few books going on there. I’ve also been getting quite a few advanced reader copies and love having them as e-books on the go!

THEN SHE WAS GONE BY LISA JEWELL |  Laurel’s daughter Ellie goes missing one day, never to be seen again. Her disappearance changes Laurel’s life forever and she’s determined to not give up, even after ten years. When Laurel has a chance meeting with Floyd, she decides to attempt a normal life and pursue things with him. Things escalate quickly and it’s not long before she’s being introduced to his nine-year-old daughter, Poppy, who has a striking resemblance to Ellie when she was that age. Laurel can’t help herself and she begins digging into Ellie’s disappearance and connecting the pieces as they come to her. Y’all I absolutely devoured this book! I think I read it in less than 24 hours. The storyline totally drew me in from the start and kept me wondering what happened to Ellie. Although I had an idea of what may have happened to her, I wasn’t prepared for how the story unfolded.

A NANTUCKET WEDDING BY NANCY THAYER | Alison is a fifty-year-old widowed woman who has found herself in love again and is ready to spend the rest of her life with him. Alison and her soon-to-be husband David decide to bring their families to Nantucket to get to know each other before their wedding day. Both Alison and David’s children are grown, have families of their own and are each set in their own ways. Alison’s daughters Felicity and Jane have been estranged, but their time on Nantucket help bond them together again and each gain a deeper appreciation of the other. David’s children Poppy and Ethan couldn’t be more opposite. Poppy is very headstrong and doesn’t want another woman (or family) in the picture. Ethan is very care-free and hasn’t been very close to his family. Each sibling and their family learn a lot about each other and their families during the course of the summer on Nantucket and the book does a great job of focusing on adult life and real life problems that we all may face. Nancy Thayer always writes such wonderful, intriguing books and this one was no different. If you’re looking for a beach read this summer, definitely read this one!

ALTERNATE SIDE BY ANNA QUINDLEN | Alternate Sides gets it’s name from the neighbors who live on a dead-end New York street and those who work for them. Each end of the socioeconomic spectrum are represented in this book by Anna Quindlen as they navigate marriage, living amongst each other, and city life. I have read quite a few books by Anna Quindlen, but this one fell short for me. Normally I dive into her books and find myself smiling along with the characters, but the characters in this book weren’t really likable for me. The plot does pick up, but it takes quite a while for it to be anything other than back-and-forth about a “parking lot” on their dead-end NYC road. I would suggest this book, but overall I gave it 3 stars because it didn’t feel like a tried-and-true Quindlen book that I have always fallen for, like her others . 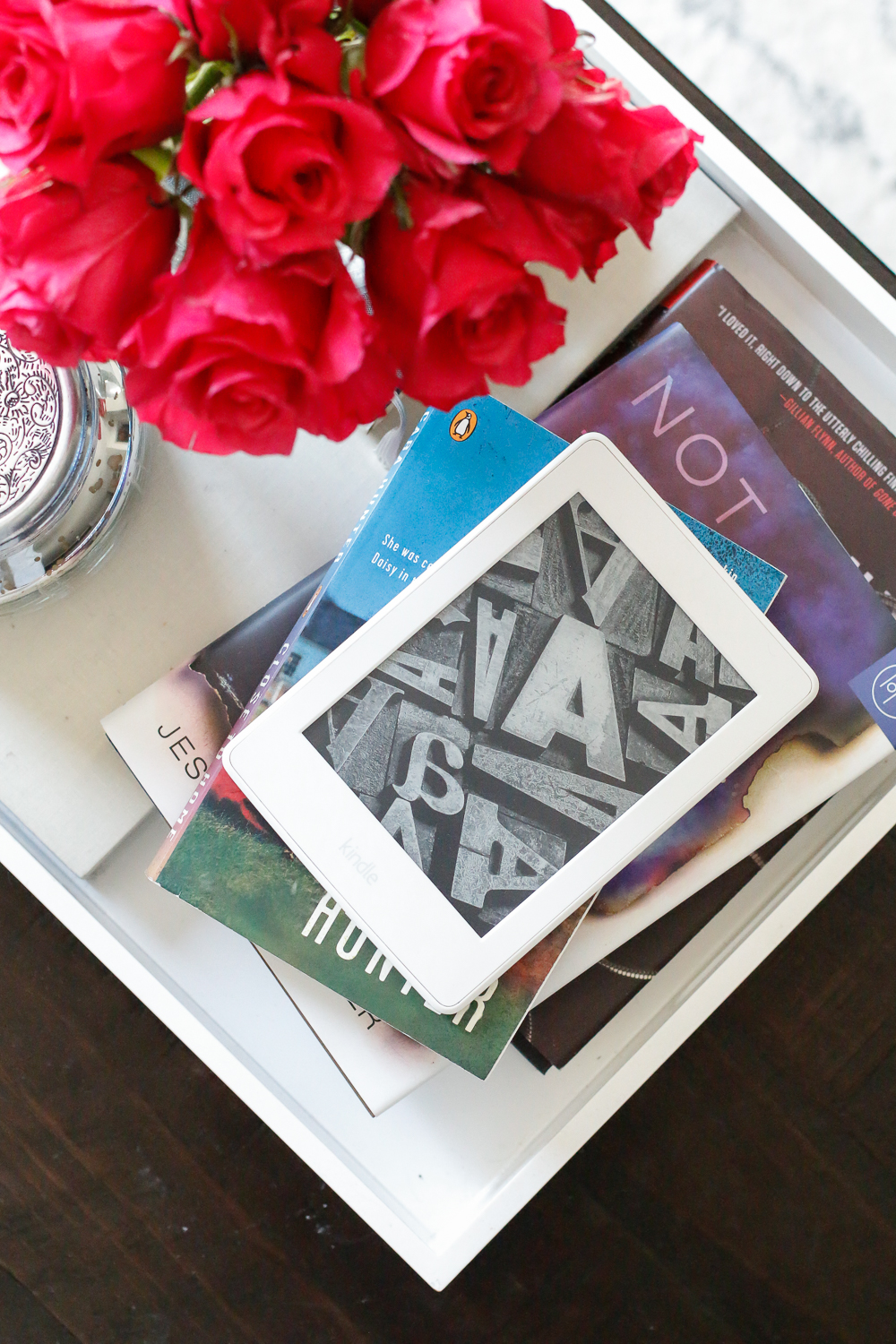 CLOSER THAN YOU KNOW BY BRAD PARKS | Melanie knows “the system” all too well having grown up in and out of foster homes. She’s made the perfect life for her son, Alex, knowing she never wants him to experience what she had to when she was growing up. So needless to say Melanie becomes frantic when she goes to pick up Alex from childcare only to learn he’s been picked up by Social Services…with no explanation. As she struggles to understand this situation she was thrown into, she learns that her home has been raided and a large amount of cocaine has been found, which she explains she knows nothing about. As sheriff’s and investigators  gather evidence, it’s damning against Melanie, to say the least. Her story happens to intertwine with attorney Amy Kaye who has a cold case that includes Melanie. But it’s not what you may think. This story was so gripping and such a fast read for me because I kept trying to put the pieces together and was so intrigued by how the two cases intertwined. This was the first book I’ve read by Brad Parks and now I’m ready to read more.

PARIS BY THE BOOK BY LIAM CALLANAN | Leah discovers one day that her husband, Robert, has gone missing. At first she didn’t think much of it because Robert often went off on trips to do his writing. But he always left a note. Except this time there was no note. Leah and her daughters carry on their day to day lives until clues begin surfacing and things aren’t making sense. One clue lead them to Paris, where they end up staying and running a bookstore (a dream Leah and Robert always had). Leah and her daughters are convinced they have seen him on various occasions, although it never seems to pan out. So is he alive or is he dead? While I was originally intrigued by the title and storyline, it was a bit more slow paced than I thought it would be. The first half of the book was pretty slow and uneventful, but I did keep reading to find out the story!

LET ME LIE BY CLARE MACKINTOSH | Anna’s parents both commit suicide in the same spot just seven months apart. Even though both were considered open and closed cases, Anna isn’t so sure either of her parents would have committed suicide and as a new mother she’s now wanting answers more than ever before. A cryptic note arrives in the mail on the anniversary of her mother’s death that gives her the push to go to police. A retired cop, Murray, quickly takes on the case and starts digging. Both Anna and Murray find out things about the family that they weren’t prepared for and aren’t sure how each piece is connected. I thought this book was pretty good and loved how it developed over time. It tells the story from Anna’s, Murray’s, and (at first) an unknown person’s point of view, so you really get a good feel for the overall story. I gave this one a 3.5 out of 5 stars.

TEXT ME WHEN YOU GET HOME BY KAYLEEN SCHAEFER | I wasn’t quite sure what to expect from this book, but the title was intriguing as that’s something that me and my girl friends often say to each other upon our goodbyes. I was excited to read a book about female friendships and how important they are as a woman. Admittedly I didn’t fully finish this book, but nonetheless less I think it’s something any woman should read. It was partly conversational (which I liked and felt myself shaking my head in agreement with) and the other part felt more academic and historic, if that makes sense. I think I would have been more eager to finish it had it kept that easy, conversational tone. With that said, I did enjoy the parts I read and it made me want to hug all my girl friends at once! There truly is nothing quite like a good female friendship.

Whew! What a month of reading ha! I’ve read some good books since writing this review and I’m already looking forward to sharing them with you next month. Let me know what you’re reading or what books you recommend in the comments!