May was a really great reading month for me! Between our trip to St. Lucia and a few days by the pool I was able to get quite a bit of reading in! For the most part I really enjoyed almost everything I read this month, which is always a plus. In total I ended up reading ten books this month. By far, my favorite reads of the month were We Were the Lucky Ones and An American Marriage.

If you’re looking for a new read be sure to check out my book reviews (so many good ones each month!) and check out my book page, it lists every book I’ve read over the last few years! As always, I would love to hear what you’re reading! 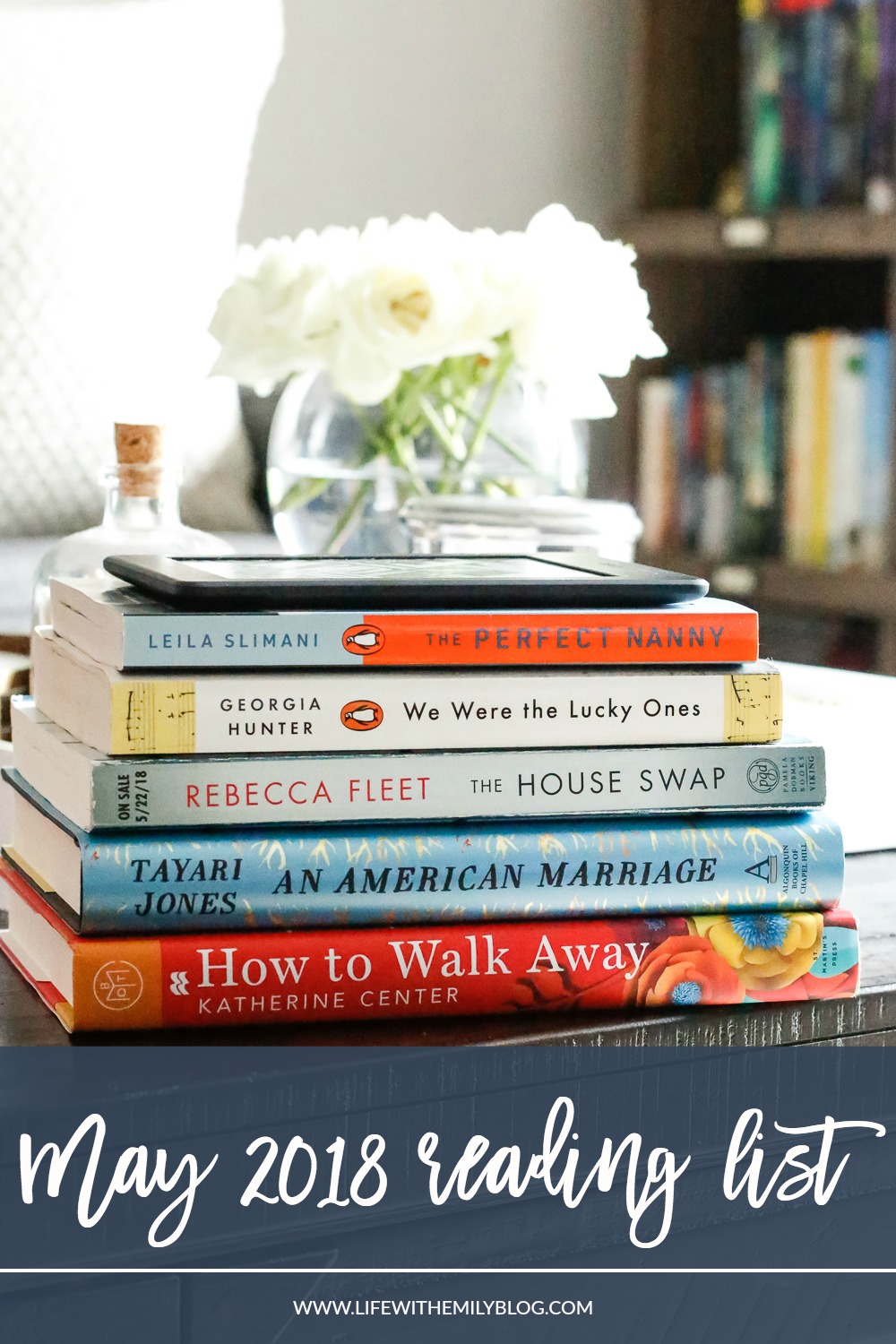 WE WERE THE LUCKY ONES BY GEORGIA HUNTER | This book was inspired by the true story of a Jewish family who were separated at the start of World War II. It follows the three generations of the Kurc family as they do their best to live a normal life even as the impending war is growing closer by the day. Each member of the Kurc family is spread over Europe each trying desperately to survive, while hanging on to the hope that each member of their family is safe. I’ve said before how much I enjoy World War II fiction and this book was a really great, different take on the war. The author, Georgia Hunter, found out she was from a family of Holocaust survivors at the age of 15 and decided she wanted to honor her family by writing a book. She was able to get a lot of information from her family members, while gathering other information from the vast sources online. I loved the way this story was told, and while during a grim time, there was still a lot of hope from many of the people who endured terrible things during the war.

AN AMERICAN MARRIAGE BY TAYARI JONES | Celestial and Roy are newlyweds living in Georgia and have a lot going for them. Roy is a young executive, while Celestial is an artist on the brink of an exciting career. Just as they’re settling into their new life together, their life as they know it is ripped apart. Roy is arrested and sentenced to twelve years in prison for a crime he didn’t commit. As they each take up new roles, one in prison and one as a wife to a prisoner, each find themselves bereft and upset at how this could have happened to them. Celestial takes solace in her blossoming career and her childhood friend Andre. Each day brings new emotions for each of them and the way the story unfolds is incredible. I don’t want to give too much away, but I 100% recommend giving this a read. It’s a GREAT story and one that I definitely think should be read.

THE HOUSE SWAP BY REBECCA FLEET | Caroline & Francis decide to do a house swap in a suburb right outside of London to get away and get back to normal after tensions in their marriage have come at an all time high. As soon as they arrive they realize things aren’t normal in the sterile townhome that shows little life or personality. Nevertheless, they attempt to mend their relationship. However, the nosy neighbor is a little too intense and things quickly feel off as Caroline begins to uncover signs of life-her life- in the stark home. It seems that the home they are staying in is owned by someone who knows her and all of her secrets. This book was a really quick read for me (started and finished it in one day) and definitely kept me turning the page to figure out who it was that had swapped homes with her!

HOW TO WALK AWAY BY KATHERINE CENTER | Margaret has a seemingly perfect life. She’s just landed her dream job, she’s got a great life ahead of her and her longtime boyfriend just proposed to her. Who wouldn’t be envious right? On what should be the happiest day if her life something happens that will change the rest of her life. Realizing her life will never be the same again, Margaret must figure out how to move forward, on her own terms, while facing heartbreak, trials, and a lot of things she doesn’t understand. This book gave me ALL.THE.FEELS. This was my Book of the Month pick and I absolutely loved it. The author’s writing is wonderful- it read very conversationally, making it easy to read. But aside that, the story had me from the get-go. As soon as I wanted to cry, I turned the page and laughed. It was a book that broke your heart and healed it in one fell swoop. If you’re looking for an easy, quick book definitely pick this one up!

THE PERFECT NANNY BY LEILA SLIMANI | Myriam gave up her career when she had her two children with her husband, Paul. While she loved her children, she wasn’t feeling fulfilled and when an opportunity to go back to work in law came up, she took it. By going back to work, Myriam was forced to find a nanny for her children. After interviewing several she meets with Louise who is seemingly perfect for their life. The kids are comfortable with her, she goes beyond her duties, and everything is fine. Until one day it isn’t. I really, really wanted to like this book but I couldn’t. I wouldn’t recommend it. The writing was ok, however the story wasn’t developed well and some of the details weren’t imperative to the book and left me with more questions than answers. Aside from that, the book ended very abruptly and was really disappointing since the first chapter was very captivating. 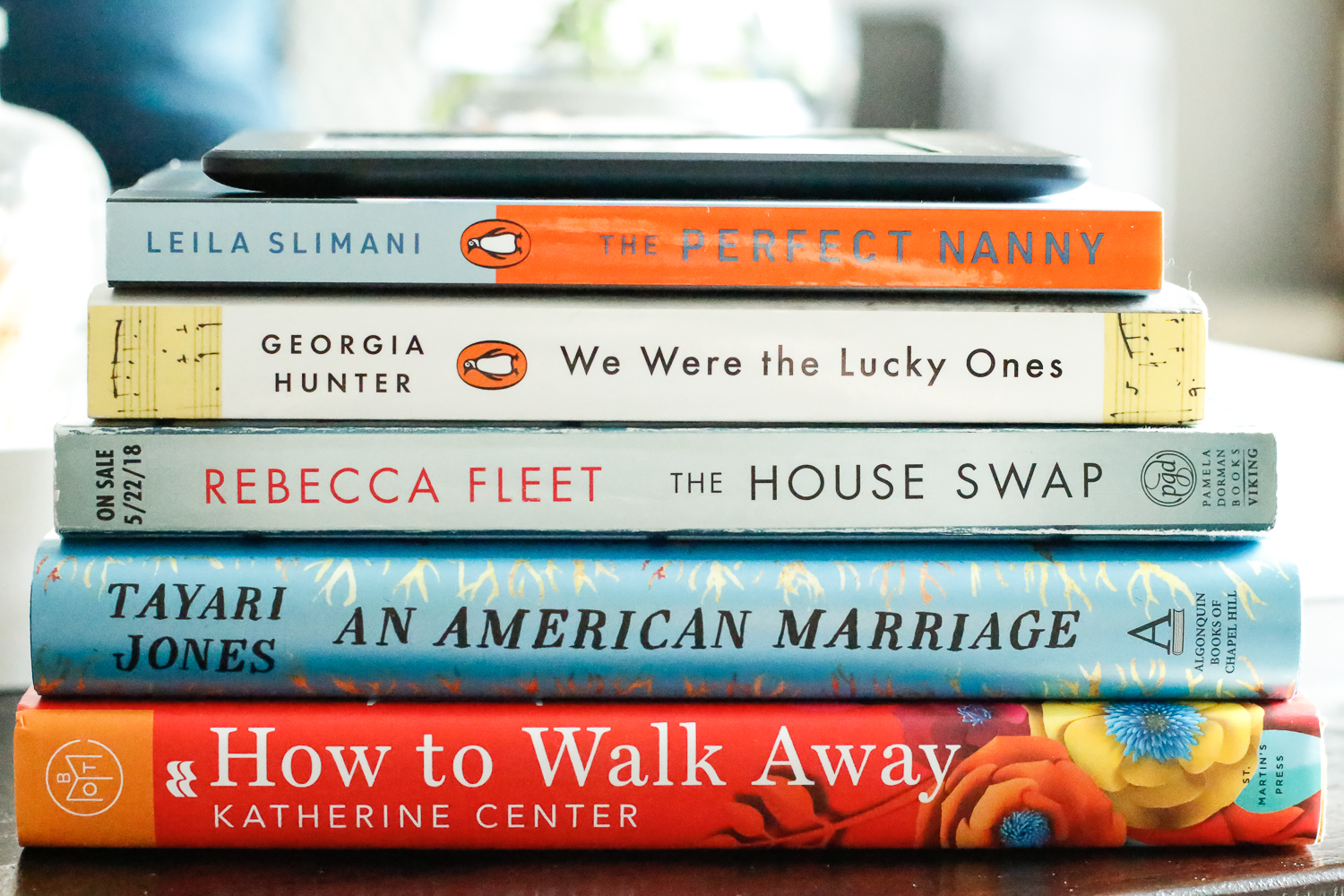 THE NEW NEIGHBORS BY SIMON LELIC | After spending what felt like forever finding their perfect home, Jack and Syd finally found it. A great location and they got it for a great price. But as the saying goes, if something seems too good to be true, it probably is. Soon after moving in Jack makes a disturbing discovery in the attic meanwhile Syd begins wondering about the girl next door. Something doesn’t make sense. But each of them keep their findings to themselves as to not worry the other. But when someone turns up dead behind their house, the police get involved and they aren’t sure what to think or believe. I thought this was a fantastic book, told in two alternating perspectives of the main characters, Jack and Syd. The story gets dark really quick and the story took a surprising turn…which I was all about! Definitely give this a read if you’re looking for a quick thriller!

THE WIFE BY ALAFAIR BURKE | Jason and Angela meet while she is catering a dinner party in East Hampton. What starts as a short fling blossoms into a full blown romance ending in a marriage the following summer. Angela was happy to have a fresh start and to forget her tragic past. Six years later life is still great between them, including Jason’s bestselling book and growing media career. Until one day an intern makes an accusation against him that could change their life. As things come to light, she begins questioning her husband and doing everything to keep herself (and her secrets) out of the spotlight. I really enjoyed this book, especially because it included an unreliable narrator, which always makes for a page-turner! This book is full of twists (in the best way) and I’m always questioning which character can be trusted!

THE HIGH TIDE CLUB BY MARY KAY ANDREWS | When Brooke Trapnell is summoned to Josephine Bettendorf’s home on Talisa Island she is immediately puzzled. While Brooke is an attorney, she couldn’t possibly have anything to offer Josephine. Turns out, she wants Brooke to help protect her land and to help her make amends with the girls of The High Tide Club. The High Tide Club was created back in the ’40s when four girls Josephine, Millie, Ruth and Varina came together every full moon to drink and swim together. As she gets together the last living of The High Tide Club and their heirs secrets come out that would’ve gone down with the women and friendships are renewed, justice is delivered, and love is found. Mary Kay Andrews has always been synonymous with beach reads, so I was happy to see a new one from her! As I began reading it seemed vaguely similar to The Seven Husbands of Evelyn Hugo and The Identicals, both of which I enjoyed! While this is a “beach read” it definitely dives a little deeper than you’re typical feel good read. Nonetheless, I LOVED it and the direction it took.

THE FAVORITE SISTER BY JESSICA KNOLL | The Favorite Sister dives into the lives of five successful women who are stars in their own right and on the reality show Goal Diggers. Each woman is different and will do whatever it takes to remain in the spotlight and get the ratings they need. No one thought murder would be what kept them in the spotlight though. I’m just going to go ahead and say it…I didn’t like this book. The first half of the book is slow and I had a hard time keeping up with the five characters. It does end up picking up about 50% in, but at that point I was kind of reading it to be done. I felt a lot of the details could’ve been left out as it felt more like rambling than providing information that pertained to the storyline. I’m sure this will resonate more with others and will be a bestseller, but it just wasn’t for me!

BEST BEACH EVER BY WENDY WAX | The ladies of Ten Beach Road are back for another book and it doesn’t disappoint. Maddie, Nikki, and Avery are moving into cottages at the Sunshine Hotel, a new location for them, as they begin to pursue new dreams. Each of the five women are dealing with their own problems, but always remember the good things. I loved that they got together to watch the sunsets and took turns saying something good about their days. I really related to Nikki in this story. She’s the sister who wants to and tries to do it all, and doesn’t ever want to admit that she can’t do it all. Each of the character’s storyline was vastly different, but I loved how they each concluded. This is the sixth book in the Ten Beach Road series, which I didn’t realize when I began the book. Nevertheless, I was able to follow it pretty well and enjoyed it! I’m sure I would have enjoyed it even more had I read the previous five 😉 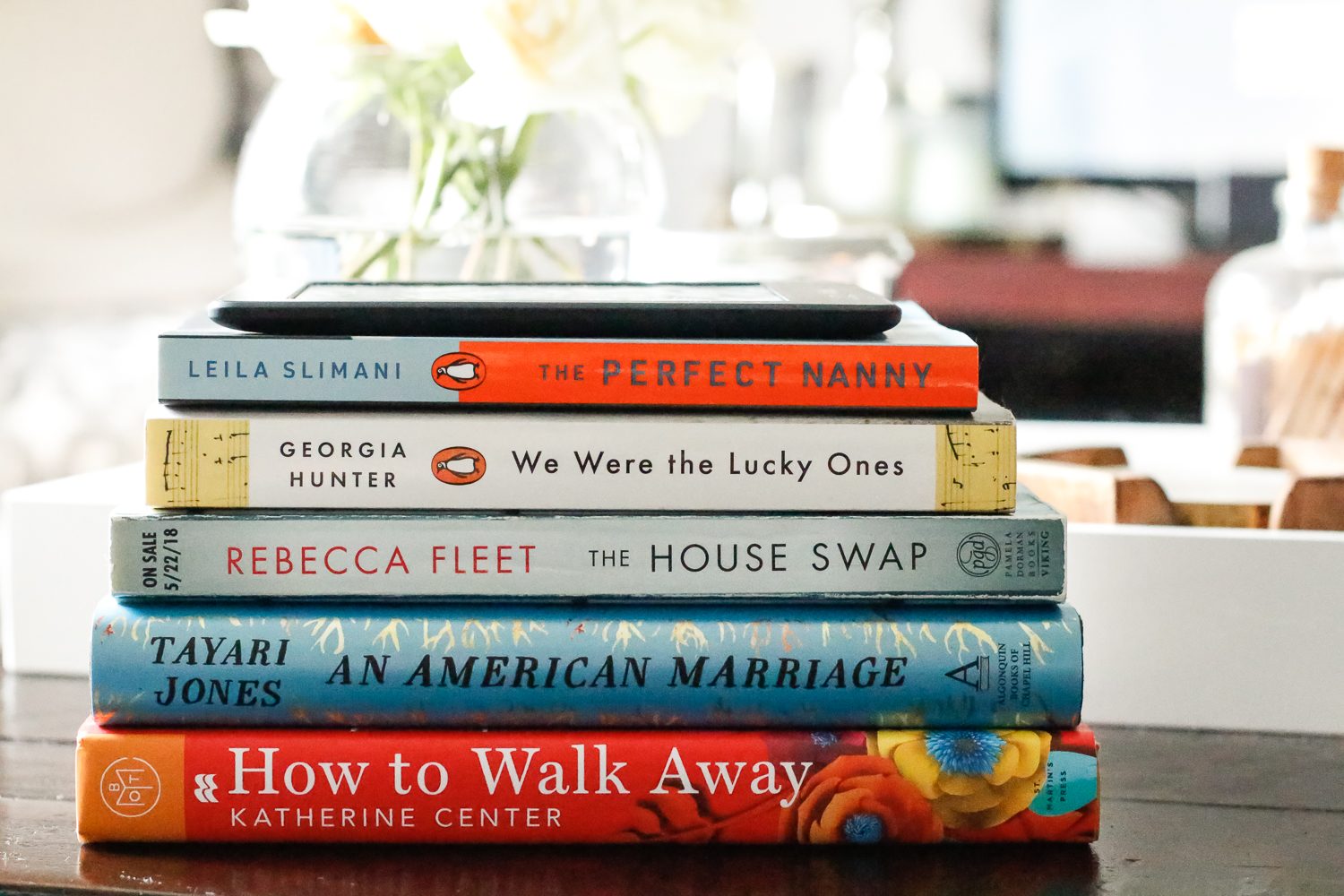 I did receive advanced copies of The House Swap, The High Tide Club, and The Favorite Sister for possible review.