Happy weekend, friends! Any big plans this weekend? Last weekend I felt like I was going non-stop, so I am looking forward to relaxing a bit this weekend. Last weekend was spent in the gorgeous city of Charleston, SC! I have spent many weekends in Charleston and it’s safe to say this one was for the books! For today’s Five on Friday post I wanted to share my five favorite moments from my trip to Charleston with you! 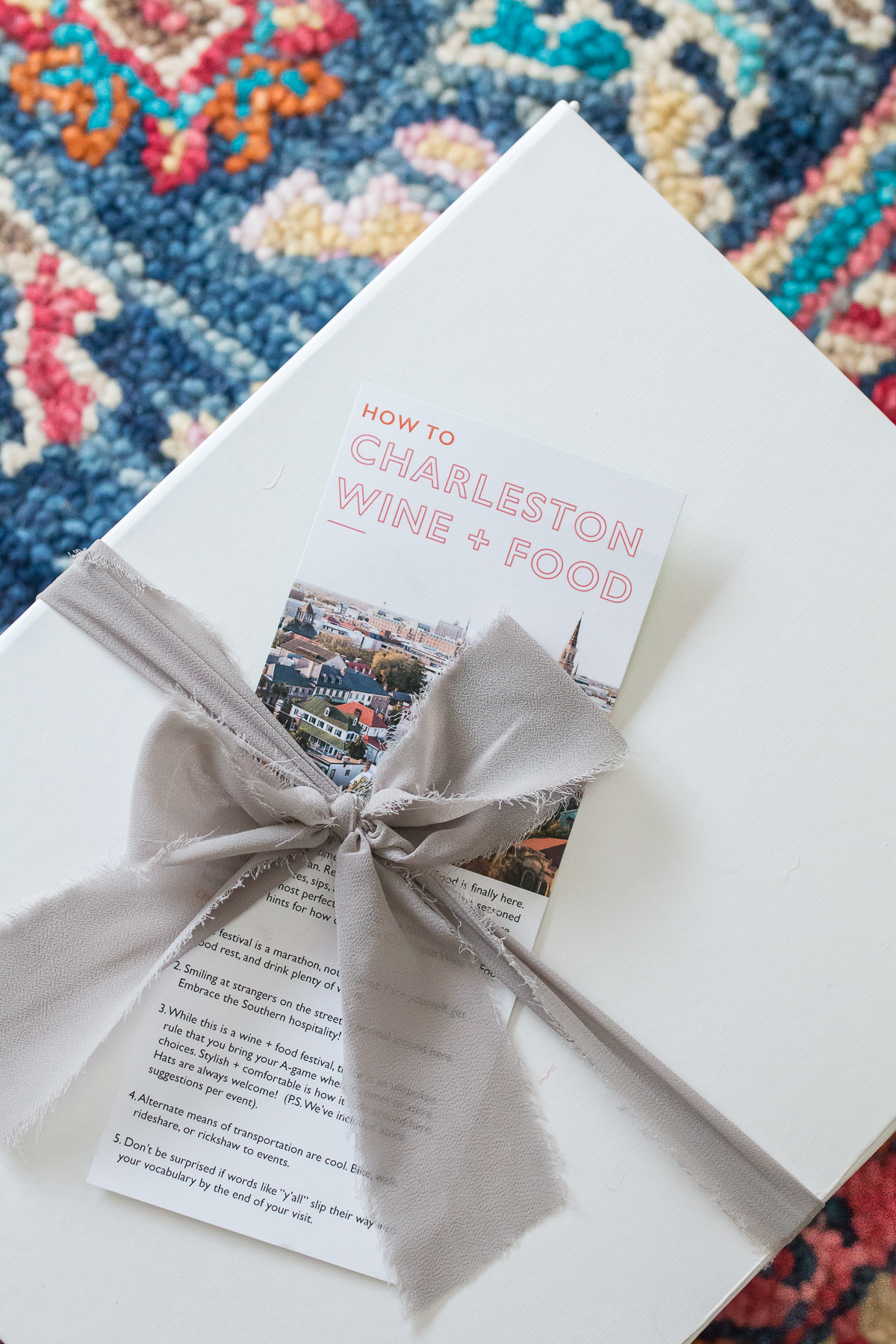 I was invited to join the Toyota team at the Charleston Wine & Food Festival and I couldn’t have been more excited! I have worked with Toyota quite a few times now and their team is just the best! We got to ride in style the entire weekend in the new 2019 Rav4. The Rav4 has been redesigned and it has such a sleek look – we got compliments on the car every time we stopped somewhere! We ventured to Rainbow Row, Boone Hall Plantation and everywhere in between this weekend. It was such a great time and the Rav4 made for a great road trip vehicle! 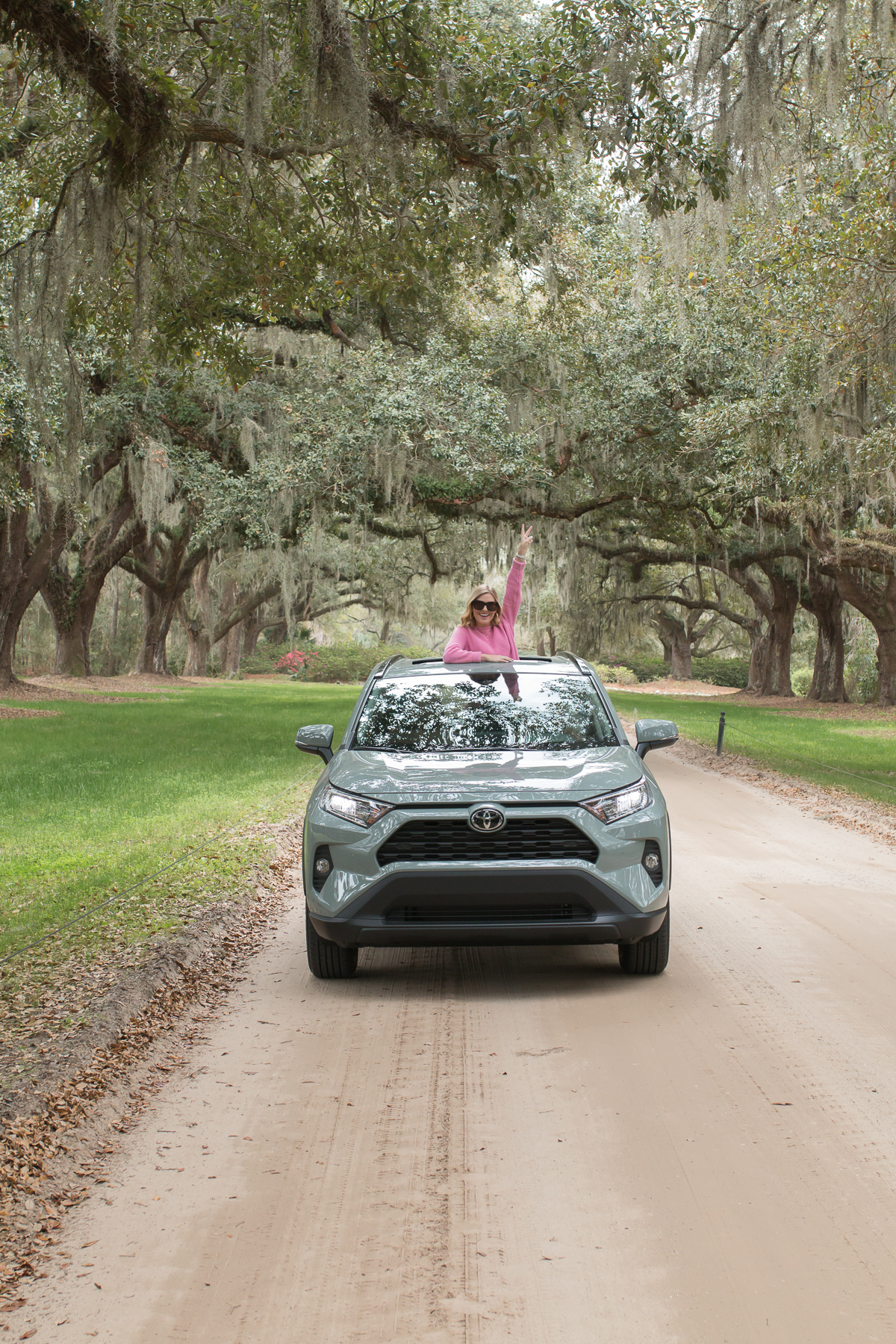 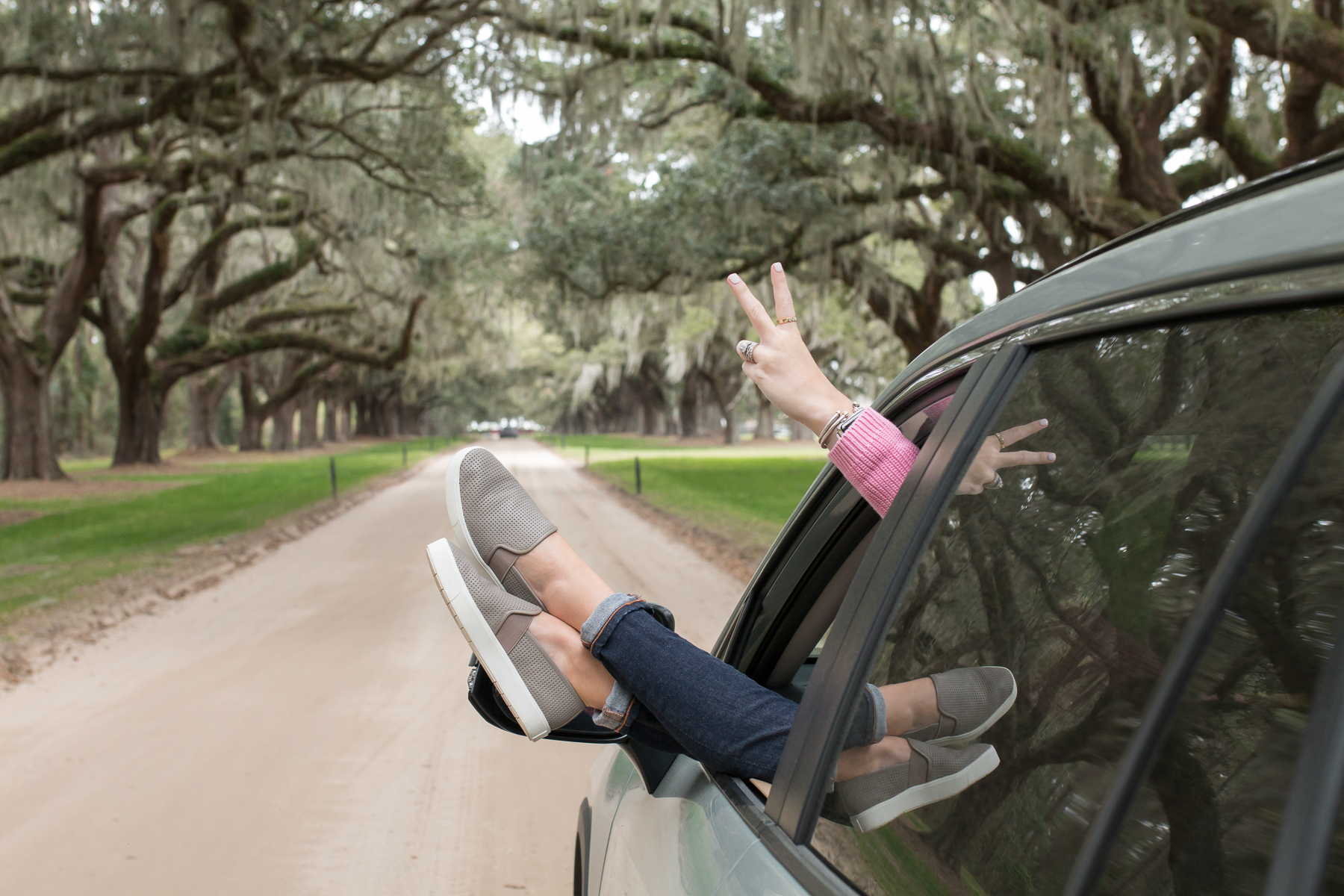 I watch Today Third Hour and Kathie Lee and Hoda religiously every single day. I always have it on as I’m making breakfast and responding to emails. It’s how I start my morning and it’s become such a routine over the past few years (work from home perk for sure!) I knew that the Today Show was a sponsor of the event but I didn’t know in what capacity. I was watching KLG & Hoda one morning when they announced they would be in Charleston and would be filming the show there. I think I squealed…and immediately texted Nick that we were going! I had my alarm set and the website up ready to get tickets the day they went on sale and was able to snag two before they quickly sold out. 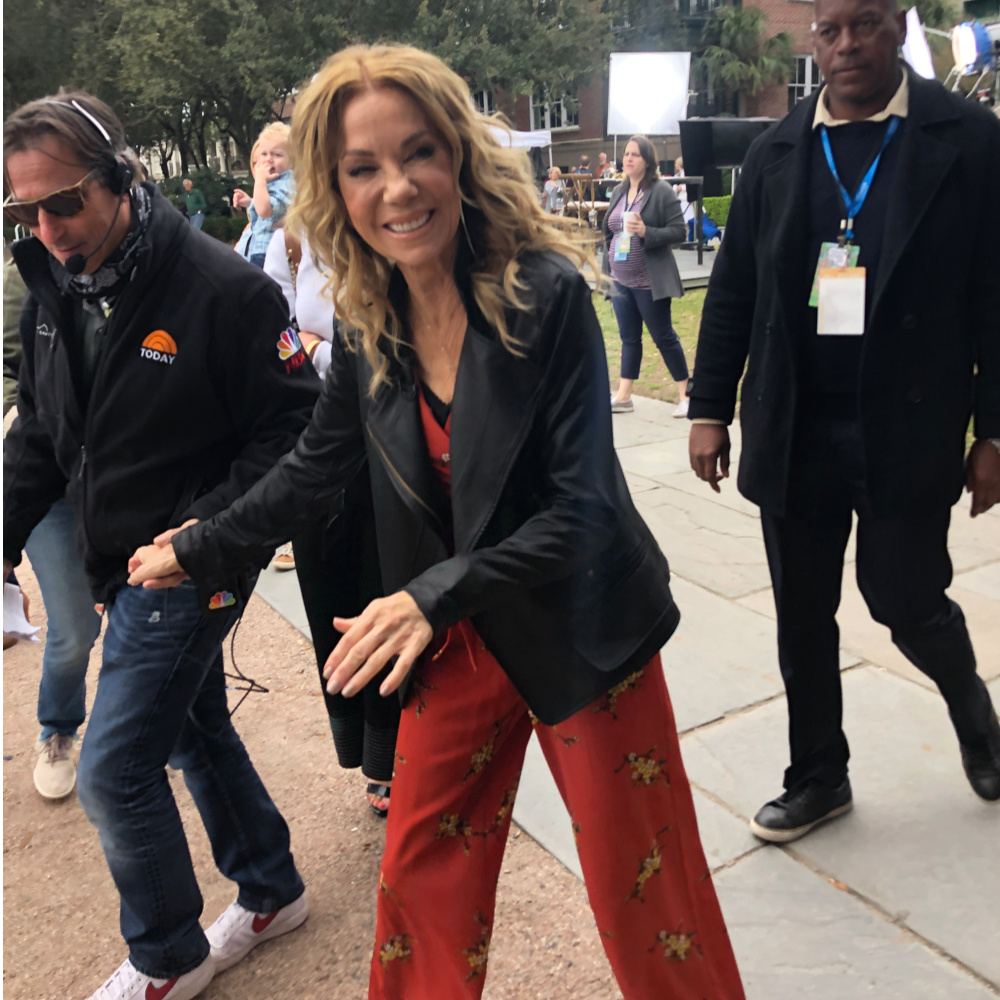 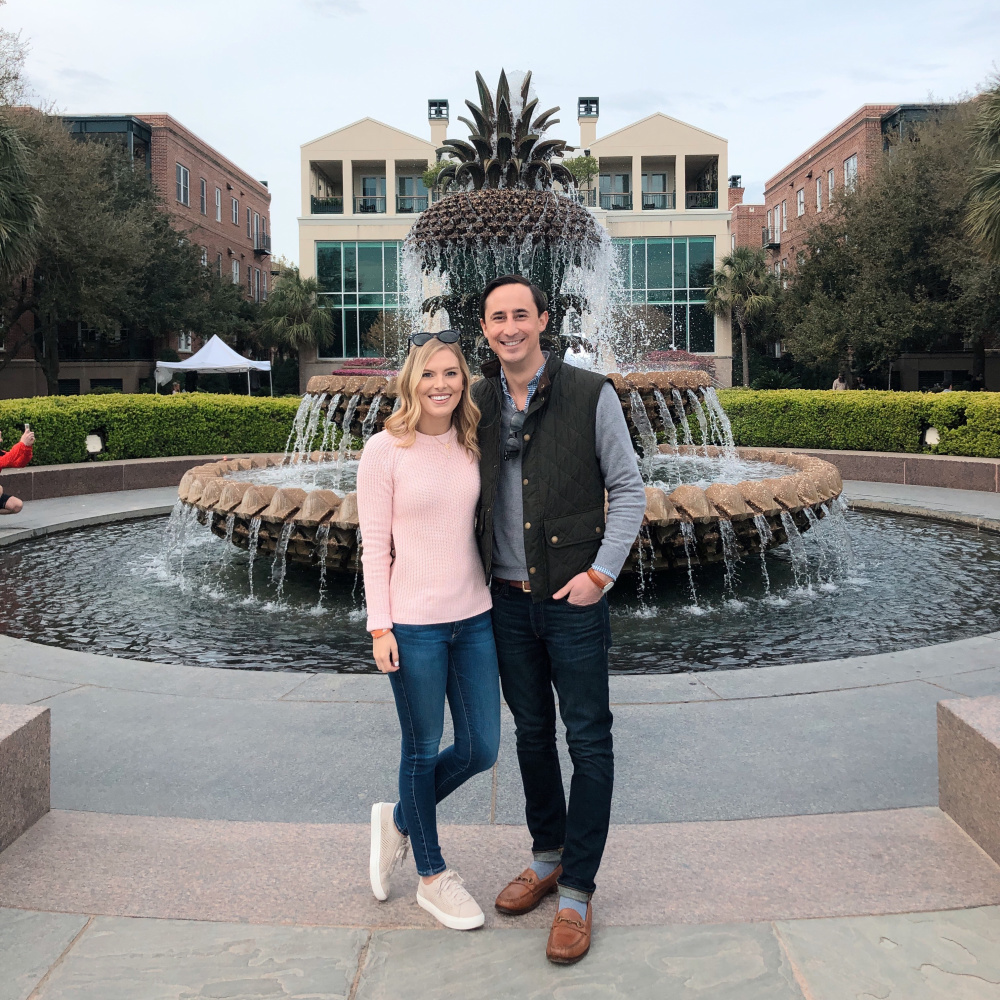 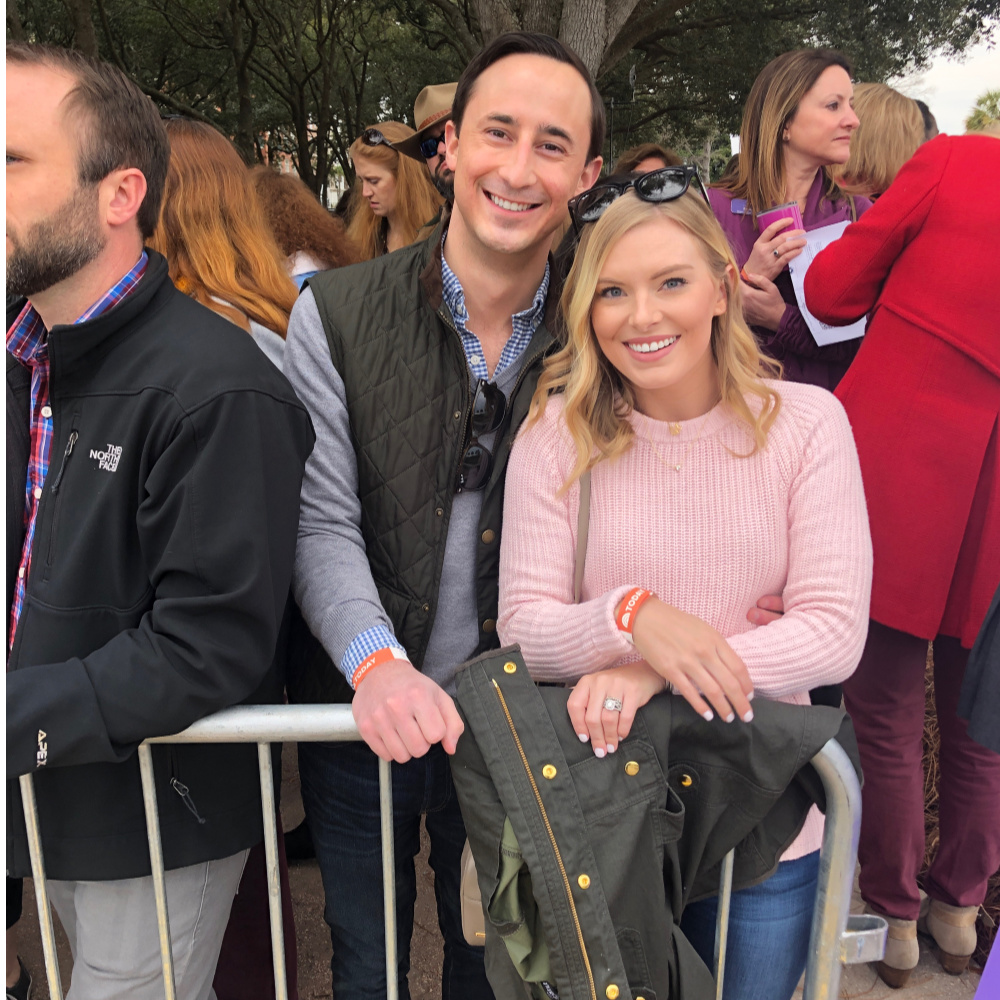 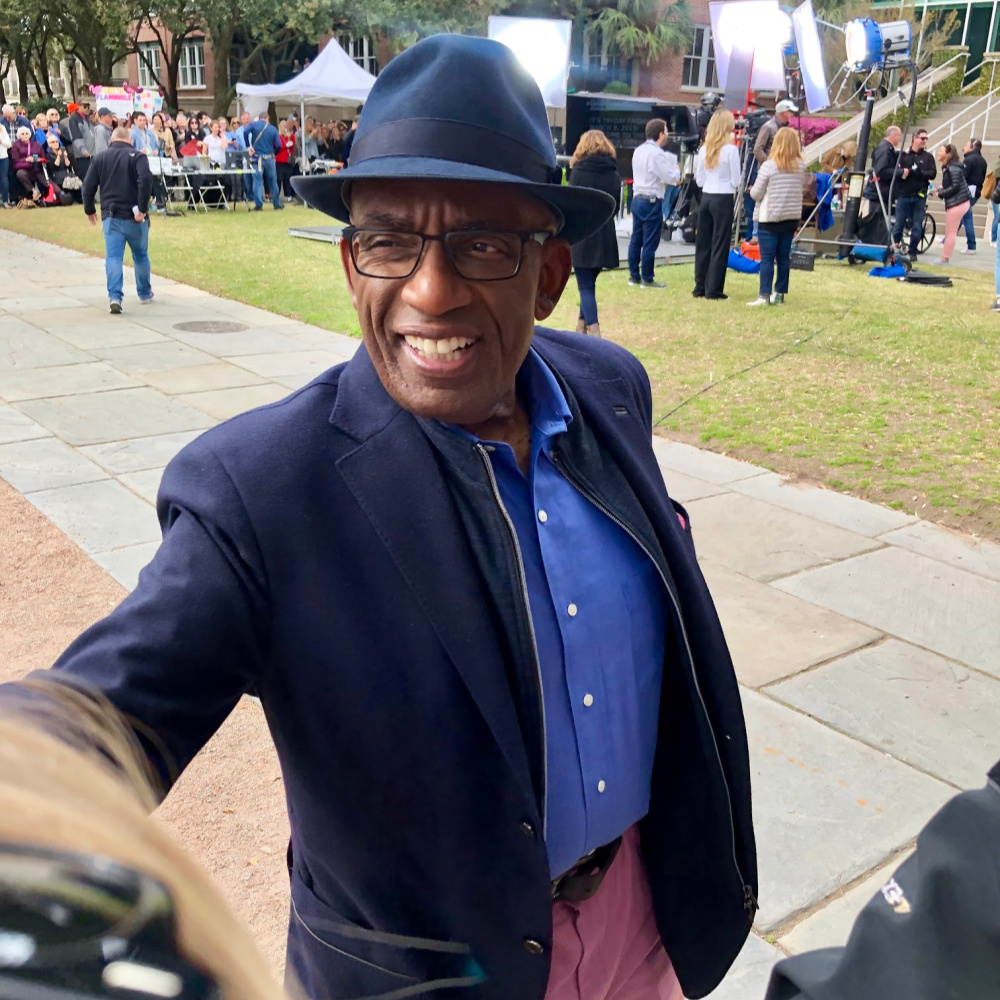 We arrived to Waterfront Park around 8:30 to check in and wait for entry. Once we entered we were able to see all of the staff setting up the stage(s) for the show and see all the behind the scenes kind of stuff happening. I love seeing the logistics of things, so this made the hour fly by. I got to meet Gavin aka Fur Face and both Al Roker and Kathie Lee came over to say hi to everyone before the show. I’m sad that Hoda wasn’t there but it was a great show. I was a total nerd and freaked out haha! Nick and I even made it on TV (our parents recorded it for us!) It was a total bucket list item and I’m just glad I didn’t have to wake up at 5:00 a.m. in NYC to do it haha!

Being reunited with friends!

I actually found out I would be working with Toyota for CHSWFF when I was in Charleston with my #bloggersdotravel girls in December! They thought it sounded fun, so they decided to come back for the festival as well! Even though we were on two different trips this time, I’m so glad I got to see them! We got to spend all of Friday at Culinary Village together, including having WAY too much fun at the silent disco ha! We always have the best time together and I’m so glad that blogging brought us all together 5+ years ago! We are already planning our next trip together! 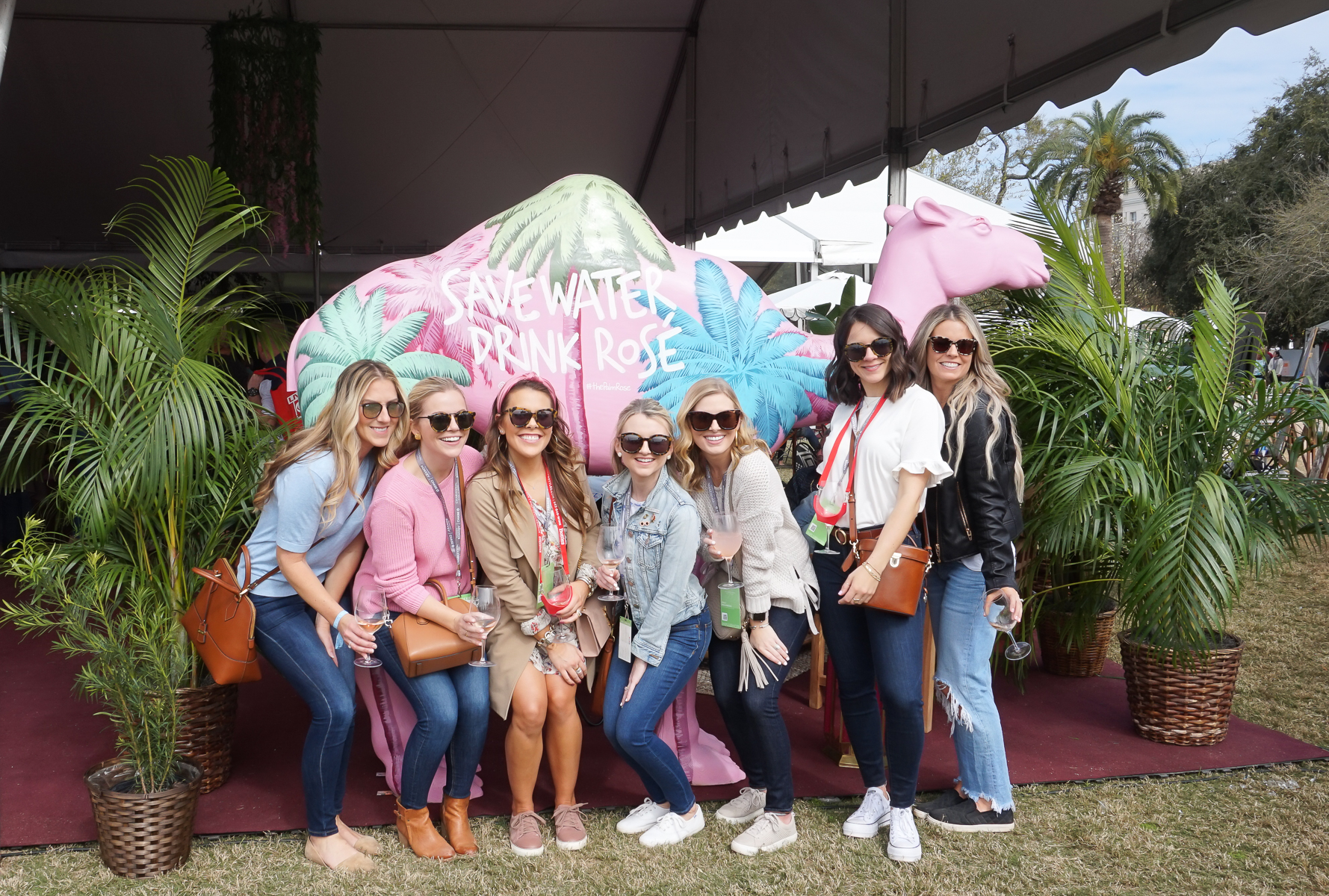 I cannot even begin to describe how great all of the food (and wine!) was at the Charleston Wine & Food Festival! Let’s just say I need to add in a few extra workouts because I think I gained 10 pounds! On Thursday when we arrived we headed to Felix for dinner! I had been there once before and was excited to take Nick there! We got the steak frites, the gnocchi & the croque monsieur to share! On Friday we were at Culinary Village all day and tasted so many different cuisines. I loved the variety CV had! Friday night we had an event, Smokin’ in the Boys Room, which was all different kinds of barbecue all made by female chefs! We even found two former Top Chef contestants while there! Even though our bellies were full we met up with the girls for dinner at Tradd’s, which didn’t disappoint! 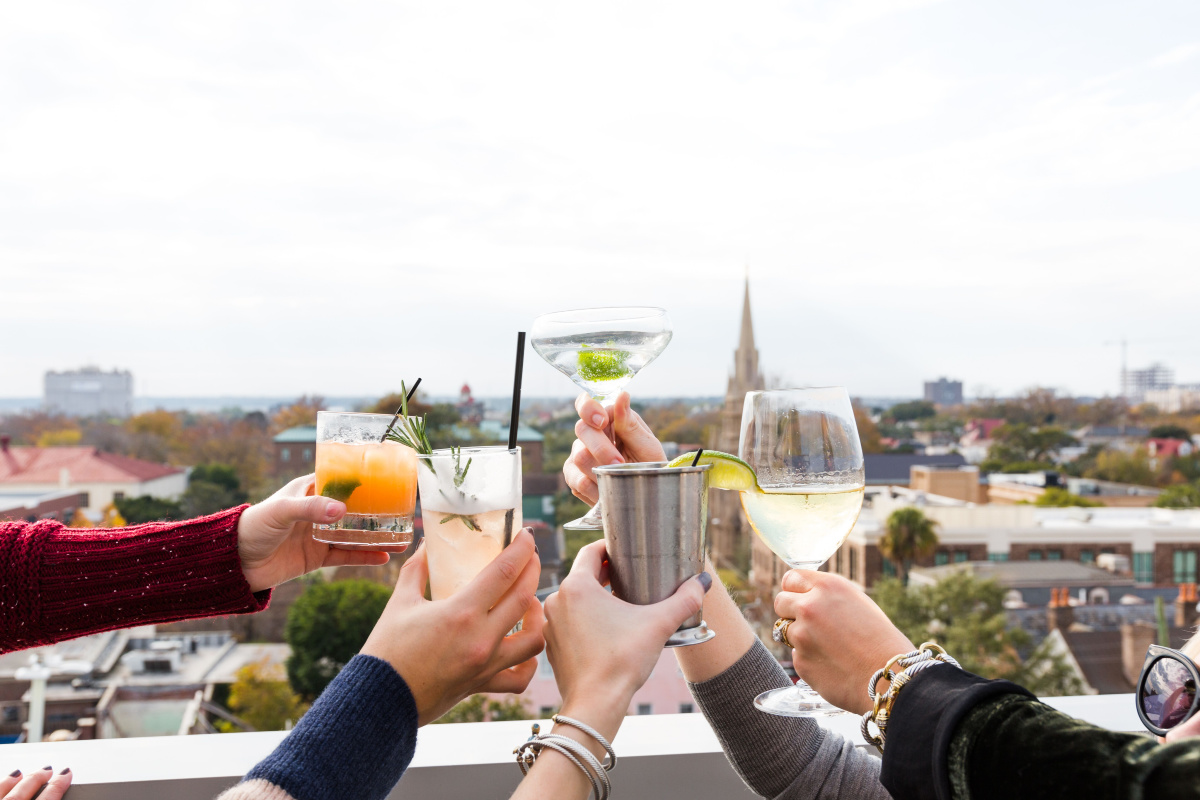 On Saturday we had various events throughout the day, including a wellness event and a wine tasting. After the tasting we went to The Watch at The Restoration Hotel to grab some appetizers and watch the sunset! I don’t know how Nick convinced me but I tried my first oyster… and loved it! For dinner we went to Little Jack’s Tavern, which was delicious as always. After a day of drinking, we both wanted a hearty, good meal! Sunday we did a bit of exploring and had brunch at Poogan’s Porch before heading back home. 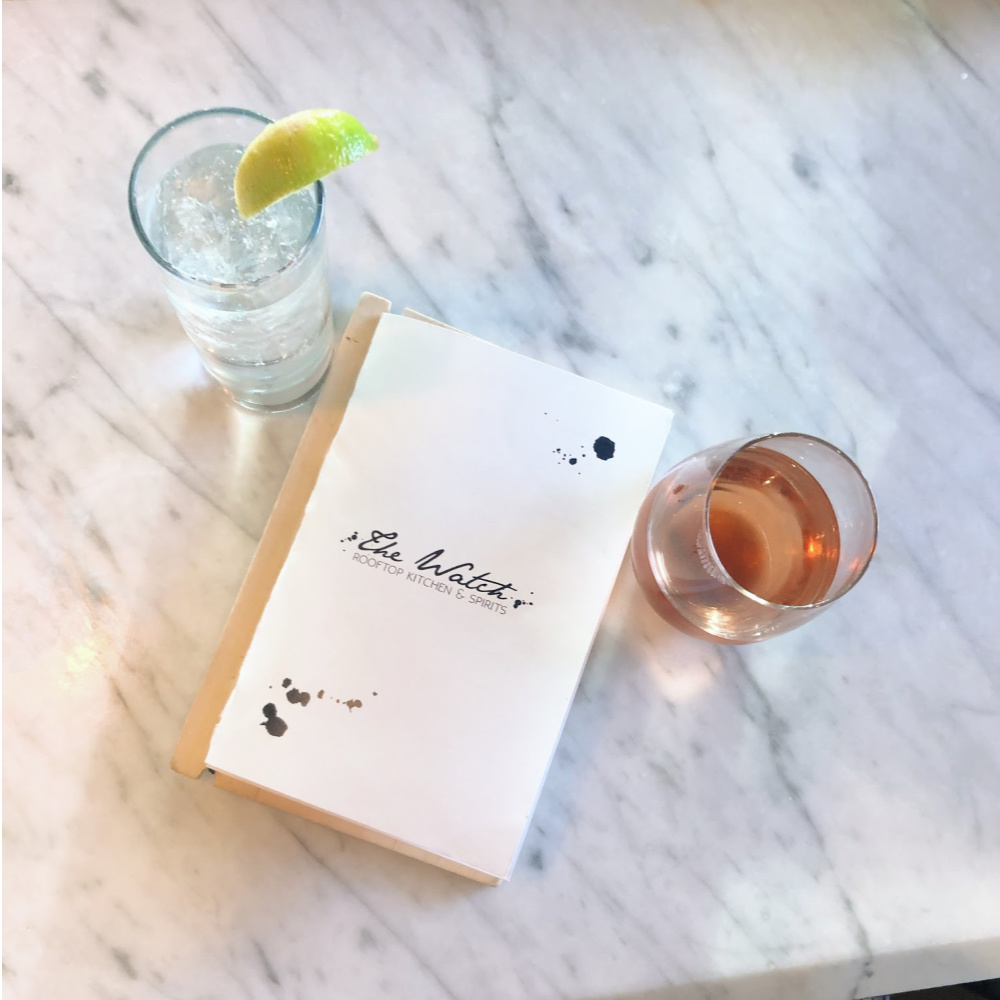 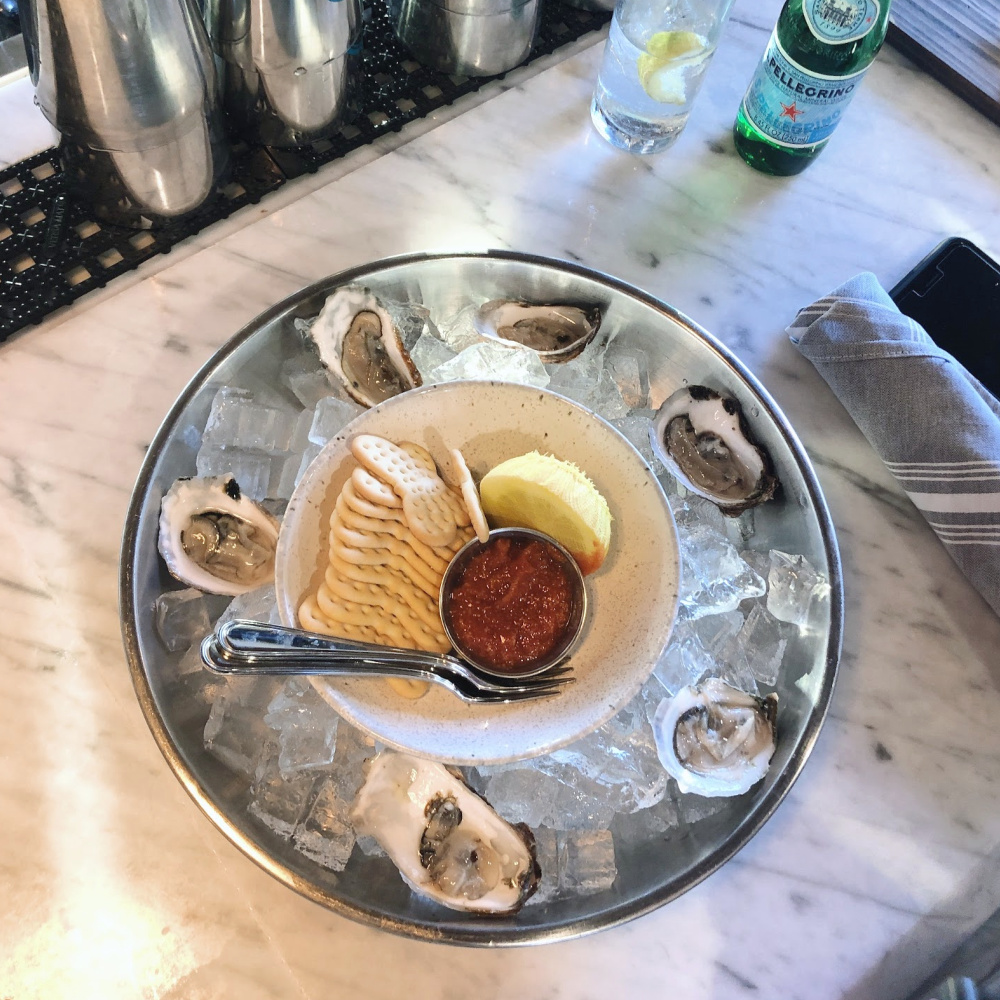 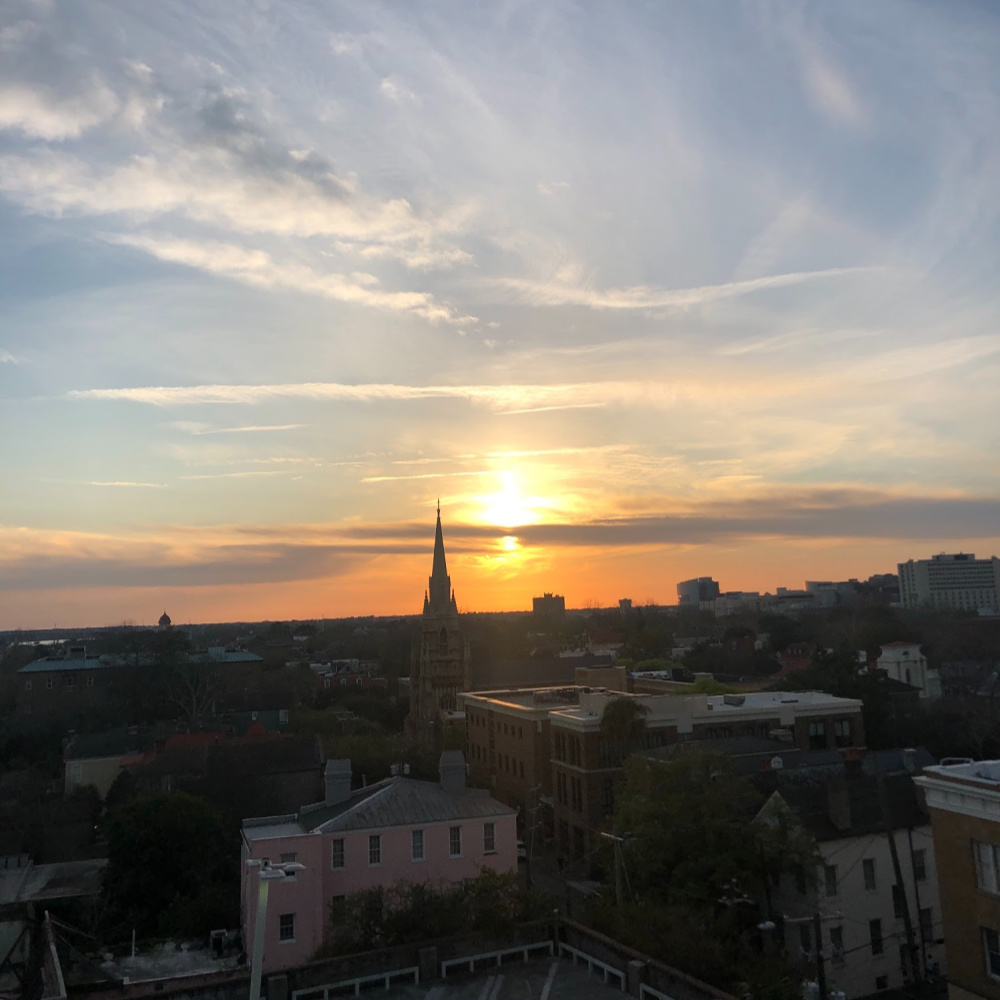 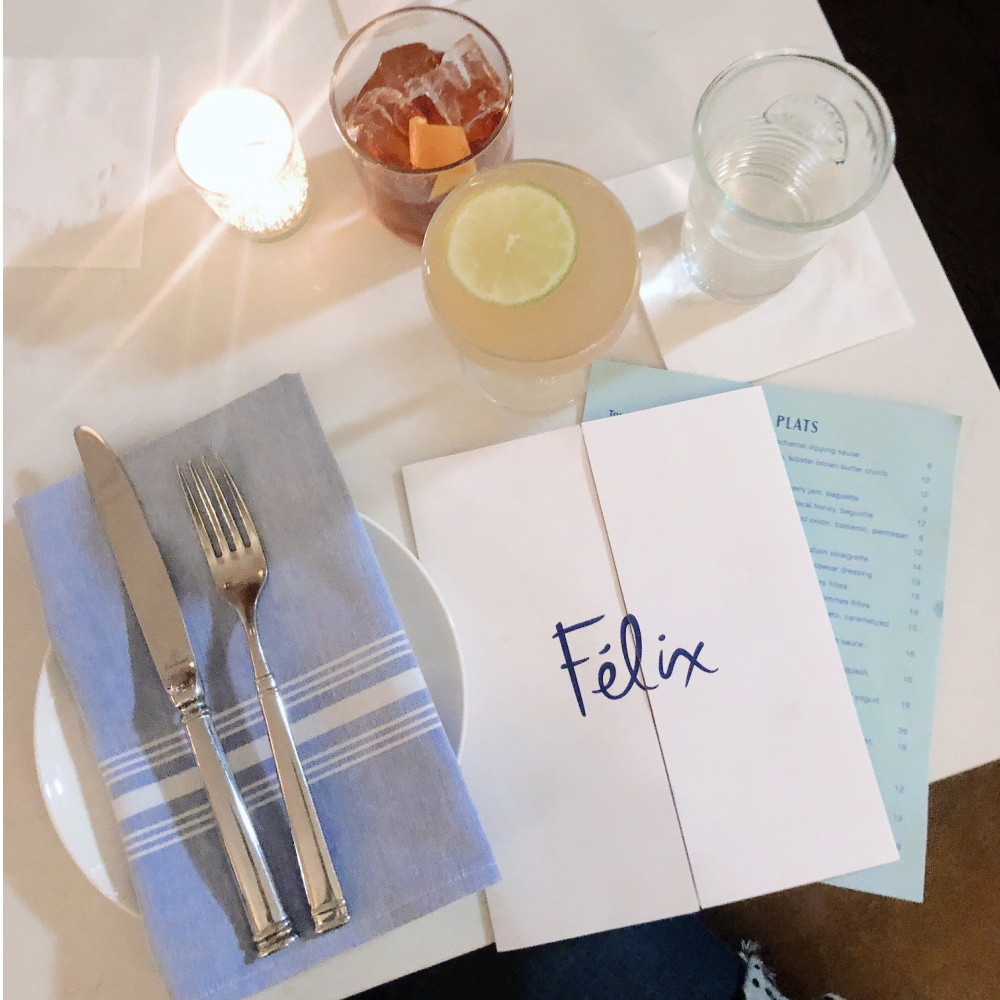 Getting to explore with Nick

As soon as I found out about Charleston Wine & Food Festival I told Nick to block out the dates on his calendar because he was coming with me! Nick and I both love wine and food (duh!) so we were both counting down the days until we were in the Holy City! We had a great time walking around and exploring the city, trying out both new and old favorite restaurants and having a great time together! I always love when he gets to come with me on work trips and we get to explore a bit together! We are already trying to figure out when we can head back to Charleston purely for fun… hoping it’s sooner rather than later! 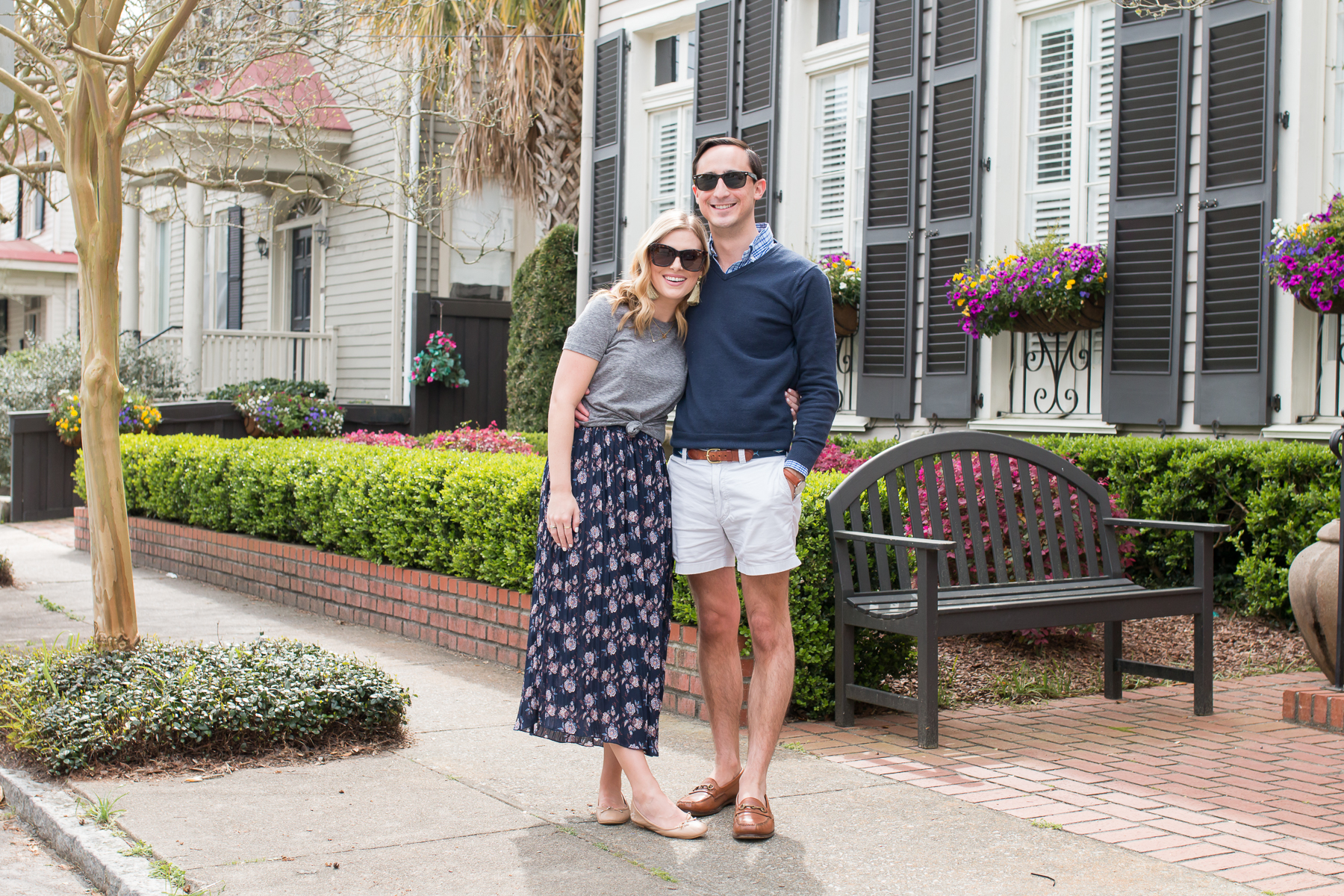 Thanks so much for stopping by! I hope y’all have a great weekend!