Breakfast has always been one of my favorite meals. I am all about a big, hearty breakfast complete with sweet and savory items! We have our go-to breakfast items that we love to make, but during quarantine we have been experimenting with new recipes a bit!

About a month ago we decided to try a new recipe from items we already had on hand! We found a recipe for Cinnamon Roll French Toast Casserole from Like Mother, Like Daughter & then later my friend Carly from Fifth & Rose also shared it so we decided to give it a try! Since trying it for the first time we have made it two more times because it’s so easy & delicious! If you’re looking for a new breakfast dish to try this weekend, be sure to bookmark this one! 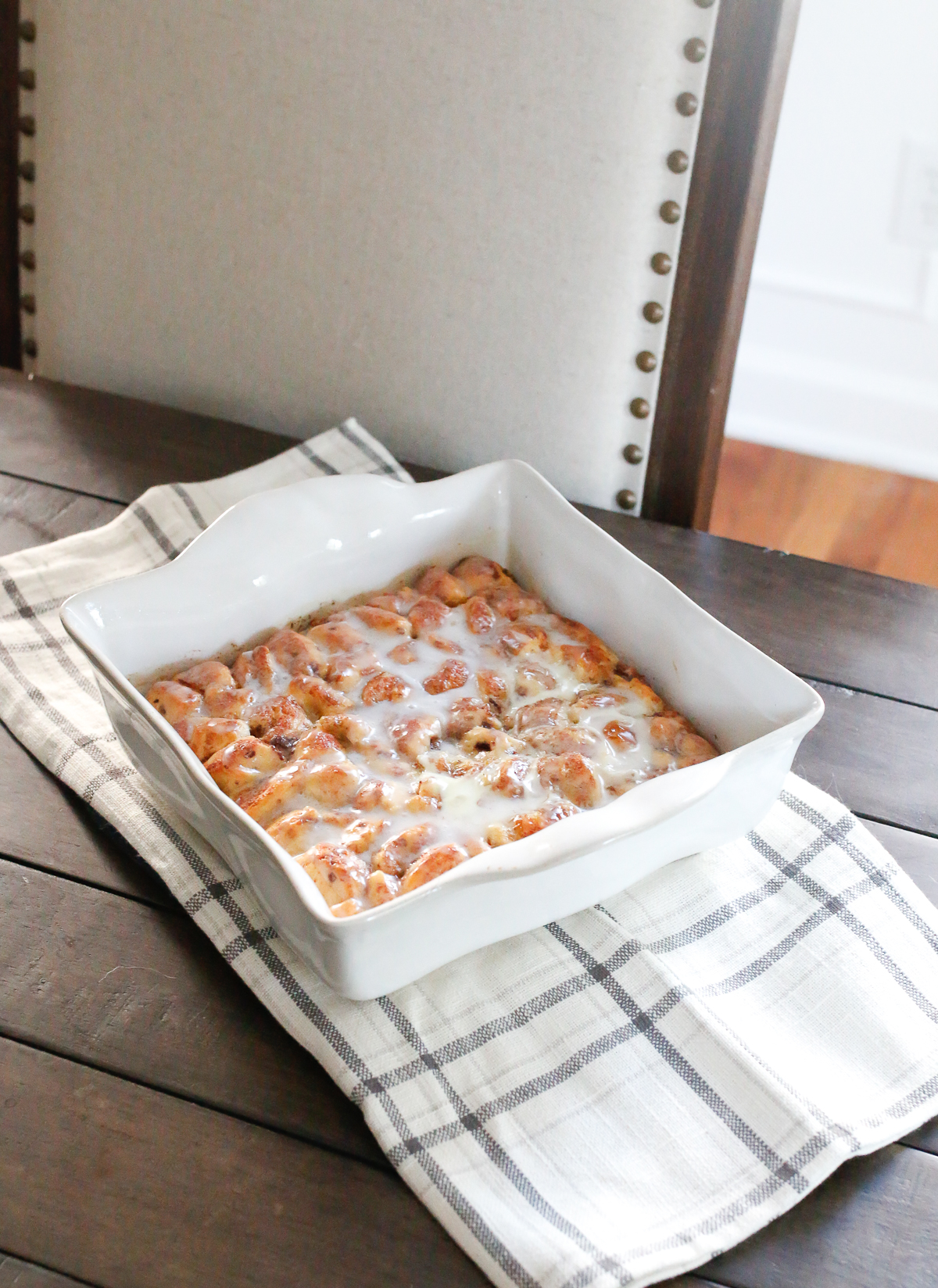 We are so happy that we tried this Cinnamon Roll French Toast Recipe. It’s a really easy breakfast dish to make and it’s a nice change to our normal “big” breakfasts that take a while to make! I think this dish would be a great dish to make for brunch or for a holiday. I can definitely see us making this for Christmas morning in the future! Since it’s just Nick and I we cut the recipe in half and it was a perfect size for the two of us! P.S. sorry there aren’t more photos! I quickly snapped this the last time we made it.