This month was quite busy so I didn’t get as much reading in as I wanted to but I still managed to read four books. I’m hoping to squeeze in a few more books over November and December to round out the year! In October I read four books and I enjoyed all of them! If you’re looking for a good read this month I highly suggest picking up And Now She’s Gone or In a Holidaze. I’m sorry this post is up so late this month, but let’s get started with this month’s reviews… 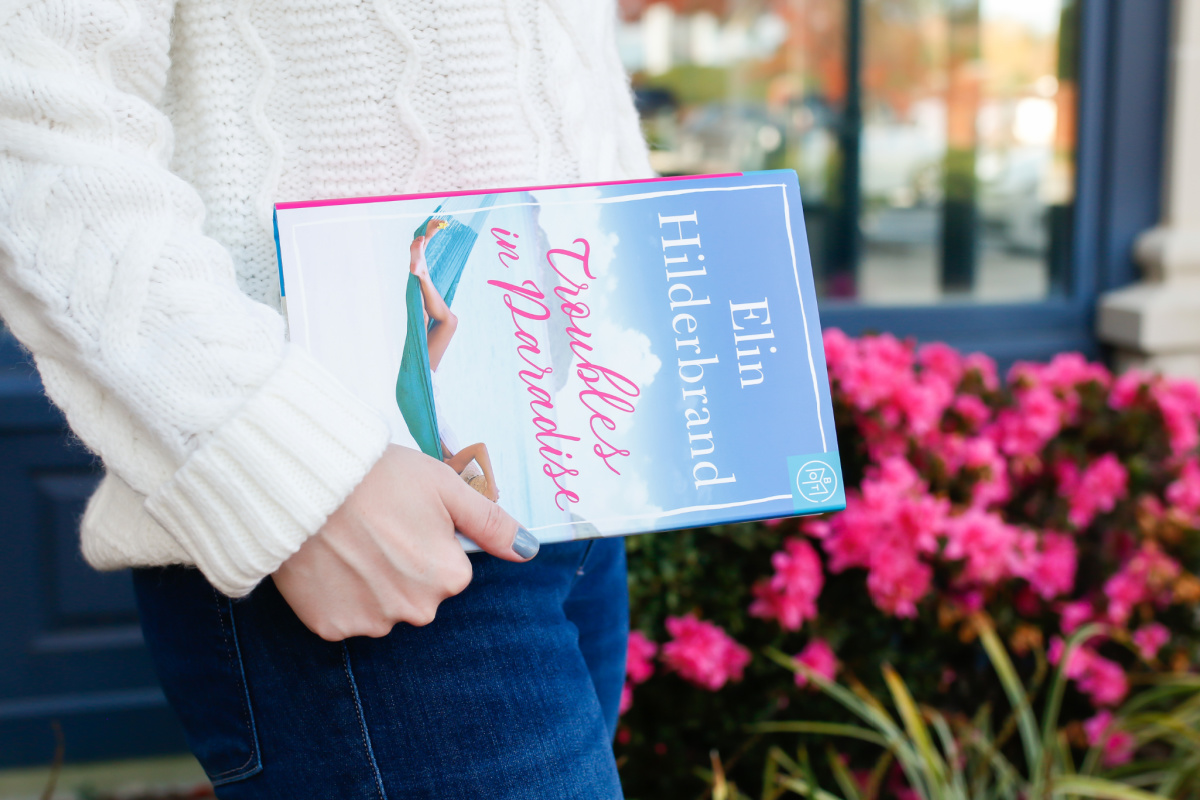 FINAL GIRLS by Riley Sager | It’s been ten years since Quincy and a group of friends were attacked in a remote cabin by a knife-wielding man and she was the last one standing, making her a ‘Final Girl.’ Being a Final Girl, as the press has named the three girls who were left standing after separate traumatic events, isn’t easy. Each of the girls are attempting to put their nightmares behind them. Samantha has disappeared in an attempt of privacy, Quincy has taken up baking and Xanax, and Lisa seems to be doing well. Despite all outward appearances, Quincy is still struggling years later, and when Lisa, the first Final Girl, ends up dying a suspicious death, all bets are off. As Quincy recovers her lost memories and unravels the truth of what really happened all those years ago at Pine Cottage, it becomes clear there was one major detail that everyone got wrong about that night. review: I have read all of Riley Sager’s books except for this one that had been sitting on my shelf for far too long. I decided to read this backlist novel in October because nothing is better than a good thriller during spooky season! Like his other novels, I was hooked from the very first chapter. I really liked seeing how the three girl’s stories intertwined and how each of them took on different coping mechanisms after events that defined their lives. I found this particular book by Sager to be a bit more slow paced throughout the first half, but it really picked up the last half with a few twists and a satisfying ending. If you are looking for a quick thriller to read, grab this one! rating: 3.5 out of 5 ⭐️

TROUBLES IN PARADISE by Elin Hilderbrand | After uprooting her life in the States, Irene Steele has just settled in at the villa on St. John where her husband Russ had been living a double life. But a visit from the FBI shakes her foundations, and Irene once again learns just how little she knew about the man she loved. With help from their friends, Irene and her sons set up their lives while evidence mounts that the helicopter crash that killed Russ may not have been an accident. Meanwhile, the island watches this drama unfold — including the driver of a Jeep with tinted windows who seems to be shadowing the Steele family. As a storm gathers strength in the Atlantic, surprises are in store for the Steeles: help from a mysterious source, and a new beginning in the paradise that has become their home. At last all will be revealed about the secrets and lies that brought Irene and her sons to St. John — and the truth that transformed them all. review: This is the third and final book in the Paradise series, so if you haven’t read Winter in Paradise and What Happens in Paradise, be sure to start with those! This book picks right up where we left off with the Steele family and all the people they’re intertwined with on St. John now. I really loved this series because I have spent time on St. John (my last trip was in 2017, one month before the hurricane devastated the island) and I love how eloquently she spoke of the businesses and attractions that call the island home. The characters and their stories wrap up nicely and I think her tribute to the islanders during the storm was so well done! As always, Hilderbrand does a fantastic job of creating characters and families who you hate to say goodbye to at the end of her books. Now I’m not-so-patiently waiting for her next book. rating: 4.5 out of 5 ⭐️

AND NOW SHE’S GONE by Rachel Howzell Hall | Isabel Lincoln is gone. But is she missing? It’s up to Grayson Sykes to find her. Although she is reluctant to track down a woman who may not want to be found, Gray’s search for Isabel Lincoln becomes more complicated and dangerous with every new revelation about the woman’s secrets and the truth she’s hidden from her friends and family. review: If you’re looking for a complex suspense book that will hook you from the very start, be sure to pick this one up. I had heard rave reviews of this one, so I decided to order it and I’m so glad I did. Hall is a Black female author and she wrote a damn good slow burn suspense novel! The suspense/thriller genre can sometimes feels predictable and stale, so when a book has well developed characters, a unique plot and a well told story, I am all for it! This book takes place over two different timelines – the past and present day – and provides the ultimate cat and mouse game as you try to figure out what is happening! I loved that the private investigator, Gray, is running from her own dark past, while trying to solve a case in which she feels connected to. Throughout the novel the author touches on race, gender, and interpersonal relationships, and gave a look into how society treats women and POC. rating: 4.5 out of 5 ⭐️

IN A HOLIDAZE by Christina Lauren | It’s the most wonderful time of the year…but not for Maelyn Jones. She’s living with her parents, hates her going-nowhere job, and has just made a romantic error of epic proportions. But perhaps worst of all, this is the last Christmas Mae will be at her favorite place in the world—the snowy Utah cabin where she and her family have spent every holiday since she was born, along with two other beloved families. Mentally melting down as she drives away from the cabin for the final time, Mae throws out what she thinks is a simple plea to the universe: Please. Show me what will make me happy. The next thing she knows everything goes black. But when Mae gasps awake…she’s on an airplane bound for Utah, where she begins the same holiday all over again. Mae must figure out how to break free of the strange time loop—and finally get her true love under the mistletoe. review: Anytime a new Christina Lauren book comes out I immediately pick it up! In this case I downloaded it on my kindle, but you know what I mean! Their last few books have been hit or miss for me and the first few chapters had me thinking this book may not be for me. I wasn’t intrigued by the Groundhog’s Day theme (especially since I feel like I’ve been living my own Groundhog’s Day the last few months in quarantine!) but once the story developed more I was totally smitten with it! I really loved the characters in this book and loved learning more about them and the long history they each had with each other! There’s a little bit of everything in this novel – laughter, a cute romance & a few quintessential Christina Lauren steamy scenes! This would be a great book to read during the holiday season. rating: 4 out of 5 ⭐️