How was everyone’s first month of the year? Did you make a goal to read more this year? I set a goal to read 52 books this year, which is actually *less* than my reading goals for the past few years. With a baby who will be crawling and walking before I know it I figured I might have less time to read this year. One book a week felt attainable, so 52 books it is! I started off the year by reading four books in January. My favorite of the month was Before She Disappeared by Lisa Gardner. I always enjoy her books and she’s the best at writing a police procedural crime novel! 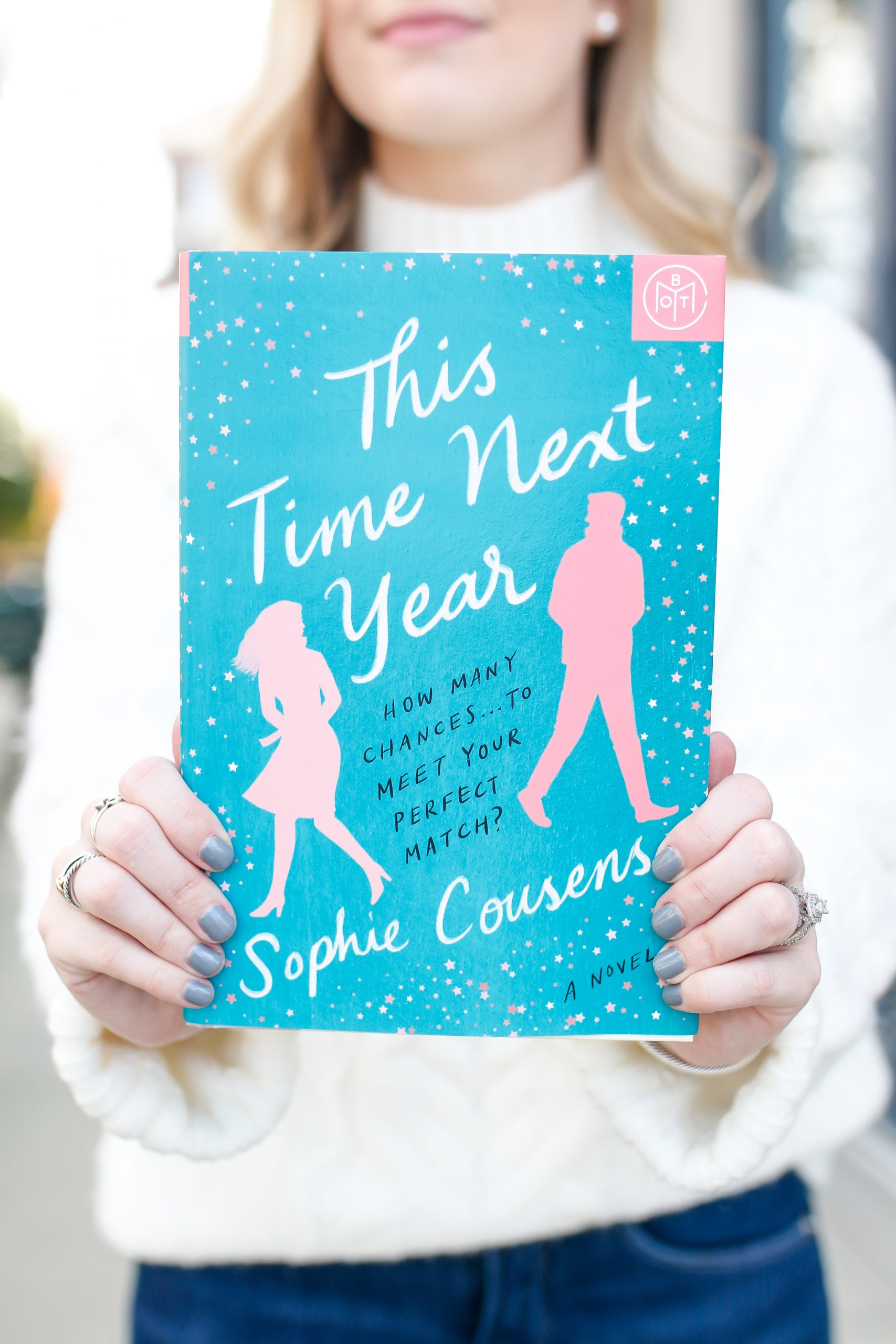 BENEATH A SCARLET SKY by Mark Sullivan | Pino Lella wants nothing to do with the war or the Nazis—but his days of innocence are numbered. When his family home in Milan is destroyed by Allied bombs, Pino joins an underground railroad helping Jews escape over the Alps, and falls for Anna, a beautiful widow six years his senior. In an attempt to protect him, Pino’s parents force him to enlist as a German soldier—a move they think will keep him out of combat. But after Pino is injured, he is recruited at the tender age of eighteen to become the personal driver for Adolf Hitler’s left hand in Italy, General Hans Leyers, one of the Third Reich’s most mysterious and powerful commanders. Now, with the opportunity to spy for the Allies inside the German High Command, Pino endures the horrors of the war and the Nazi occupation by fighting in secret, his courage bolstered by his love for Anna and for the life he dreams they will one day share. review: This book has been sitting on my shelf for quite some time and so I decided to start 2021 off with this backlist book! Based on the life of Pino Lella, there are so many incredible stories and a lot of research that went into writing this book. Like most historical fiction books that I read, I feel like I learned so much about World War II. The character development in this book is phenomenal. Pino was put in so many devastating situations but his bravery and willingness to fight was incredible. This books is over 500 pages, but is a quick read, especially if you like historical fiction. I do think the writing could have used a bit more editing, but the story was so enthralling that it made up for it! rating: 4 out of 5 ⭐️

BEFORE SHE DISAPPEARED by Lisa Gardner | Frankie Elkin is an average middle-aged woman, a recovering alcoholic with more regrets than belongings. But she spends her life doing what no one else will—searching for missing people the world has stopped looking for. When the police have given up, when the public no longer remembers, when the media has never paid attention, Frankie starts looking. A case brings her to Mattapan, a Boston neighborhood with a rough reputation. She is searching for Angelique Badeau, a Haitian teenager who vanished from her high school months earlier. Resistance from the Boston PD and the victim’s wary family tells Frankie she’s on her own—and she soon learns she’s asking questions someone doesn’t want answered. Frankie will stop at nothing to discover the truth, even if it means the next person to go missing could be her. review: Lisa Gardner is an auto read author for me, so when I heard she was writing her first standalone novel in over 20 years I immediately added it to my list! Like her other books, this is a propulsive police procedural that doesn’t disappoint! I really enjoyed being introduced to new characters, whom I quickly grew to love. This book has quite the mystery to unravel and she provides you with just enough details throughout the book to keep you on your toes. Even though this is currently a standalone, I’m hoping there will be more books featuring Frankie in the future! *crosses fingers* If you’re looking for a crime thriller, be sure to pick this one up. rating: 4 out of 5 ⭐️

LAYLA by Colleen Hoover | When Leeds meets Layla, he’s convinced he’ll spend the rest of his life with her—until an unexpected attack leaves Layla fighting for her life. After weeks in the hospital, Layla recovers physically, but the emotional and mental scarring has altered the woman Leeds fell in love with. In order to put their relationship back on track, Leeds whisks Layla away to the bed-and-breakfast where they first met. Once they arrive, Layla’s behavior takes a bizarre turn. Feeling distant from Layla, Leeds soon finds solace in Willow—another guest of the B&B with whom he forms a connection through their shared concerns. As his curiosity for Willow grows, his decision to help her find answers puts him in direct conflict with Layla’s well-being. Leeds soon realizes he has to make a choice because he can’t help both of them. But if he makes the wrong choice, it could be detrimental for all of them. review: This is Colleen Hoover’s first paranormal romance book and it was quite… interesting. I am a big fan of Colleen Hoover, but this was one of my least favorite books of hers. I’m not one to stray from paranormal elements in books (I mean, I loved The Broken Girls and The Sun Down Motel) but this one felt highly unbelievable! I found that even with suspending belief, it was still too far fetched. Coupled with characters that I didn’t care for, this one was a miss for me. With that said, I did read it in 24 hours, so it did keep me turning the pages and the ending was a bit redeeming. If you’re a fellow Colleen Hoover fan, give it a shot, you may enjoy it! rating: 3 out of 5 ⭐️

THIS TIME NEXT YEAR by Sophie Cousens | Minnie Cooper knows two things with certainty: that her New Year’s birthday is unlucky, and that it’s all because of Quinn Hamilton, a man she’s never met. Their mothers gave birth to them at the same hospital just after midnight on New Year’s Day, but Quinn was given the cash prize for being the first baby born in London in 1990—and the name Minnie was meant to have, as well. With luck like that, it’s no wonder each of her birthdays has been more of a disaster than the one before. When Minnie unexpectedly runs into Quinn at a New Year’s party on their mutual thirtieth birthday, she sees only more evidence that fortune has continued to favor him. The gorgeous, charming business owner truly seems to have it all–while Minnie’s on the brink of losing her pie-making company and her home. But if Quinn and Minnie are from different worlds, why do they keep bumping into each other? And why is it that each fraught encounter leaves them both wanting more? review: I read this right around NYE and really enjoyed it! I loved the premise the way the book alternated between current day and flashbacks from previous New Year’s Eves for both Minnie and Quinn. It was such a creative way to get some backstory on the main characters and really added to the story. Minnie was a bit too “woe is me” for most of the book, but I did come to enjoy her character and I liked her friendship with Leila. I wish this book had a bit more romance, but overall it was a cute, light read. If you’re a fan of One Day in December, then be sure to grab this one! rating: 3.5 out of 5 ⭐️

shop the books I read in January