I can’t believe our sweet Noah is ONE! We celebrated Noah’s first birthday at the end of July and we had the best day! Where does the time go? It feels like just yesterday we were bringing him home from the hospital and soaking in all those newborn snuggles. And now, it’s a rare moment when we can get him to sit still for some snuggles haha!

When I started planning Noah’s first birthday I knew I wanted something colorful, fun & age appropriate. Noah is really into animals right now (he loves visiting the hippos & penguins at the science center) so I knew I wanted to incorporate animals for his birthday party. After a bit of scrolling on Pinterest I decided on a party animal theme! I got started sourcing items in hopes that it all would come together in real life as it had in my head. I wanted it to be fun & colorful, complete with personal touches without being over the top. Everything ended up coming together so well & I’m so happy that we were able to celebrate our sweet boy with about 30 friends and family members! It was such a special day that won’t soon be forgotten. I had a few questions when I shared everything on Instagram, so I’m breaking down all of the details for you in today’s post… I’ll share all sources at the bottom of the post 🙂 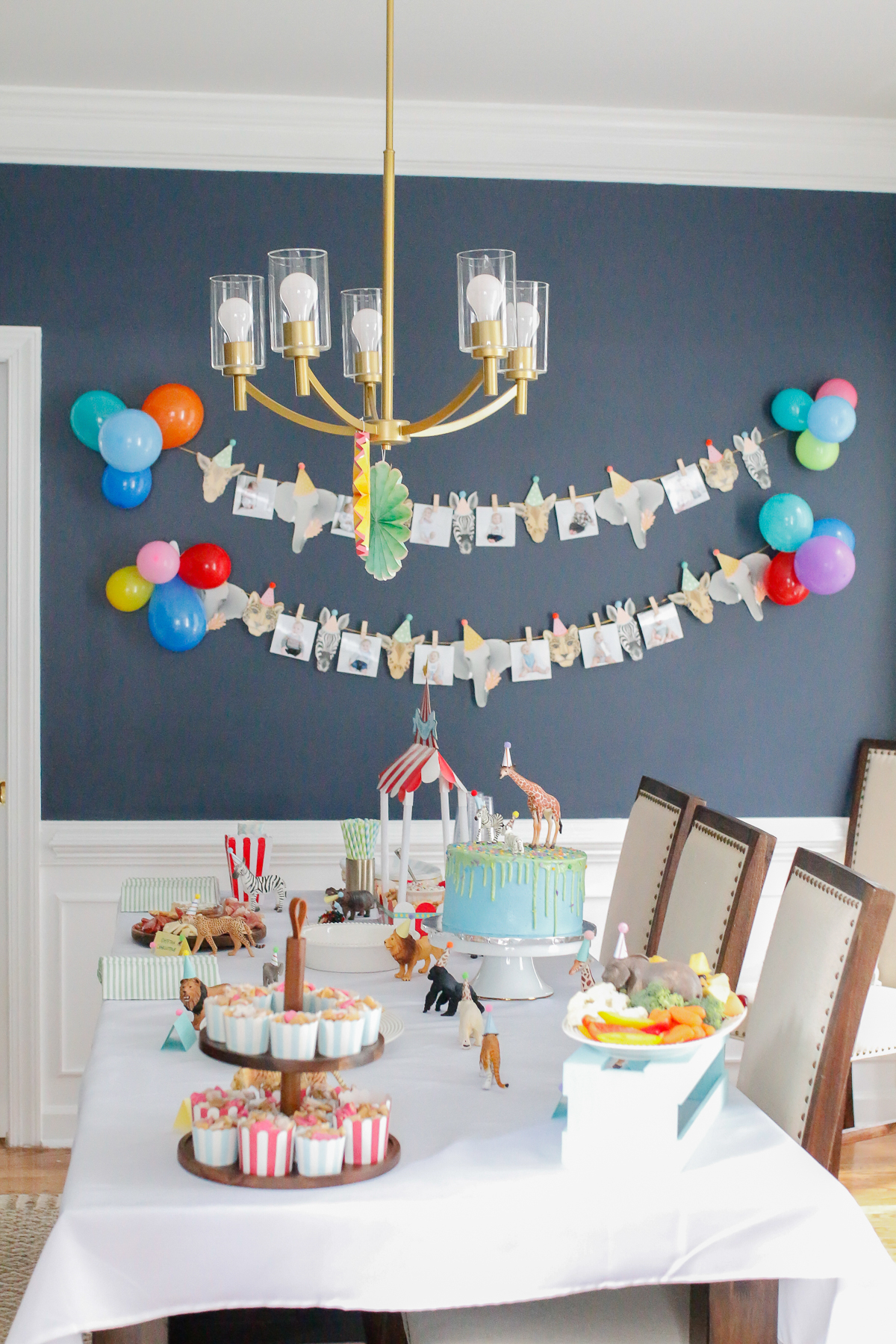 We had his party from 12-2 due to his nap schedule and that ended up working out really well, especially because we ended up having a party to attend that evening! We based the menu around that timeframe and had a lot of different heavy snack options, including Chick-Fil-A nuggets, pimento cheese, a charcuterie board, and more. It wouldn’t be a birthday party without sweet snacks so we made a kid-friendly trail mix that was a huge hit & of course a delicious cake. My best friend Jenn came into town for his birthday and was so helpful with EVERYTHING! Nick, Jenn and I had so much fun putting everything together. 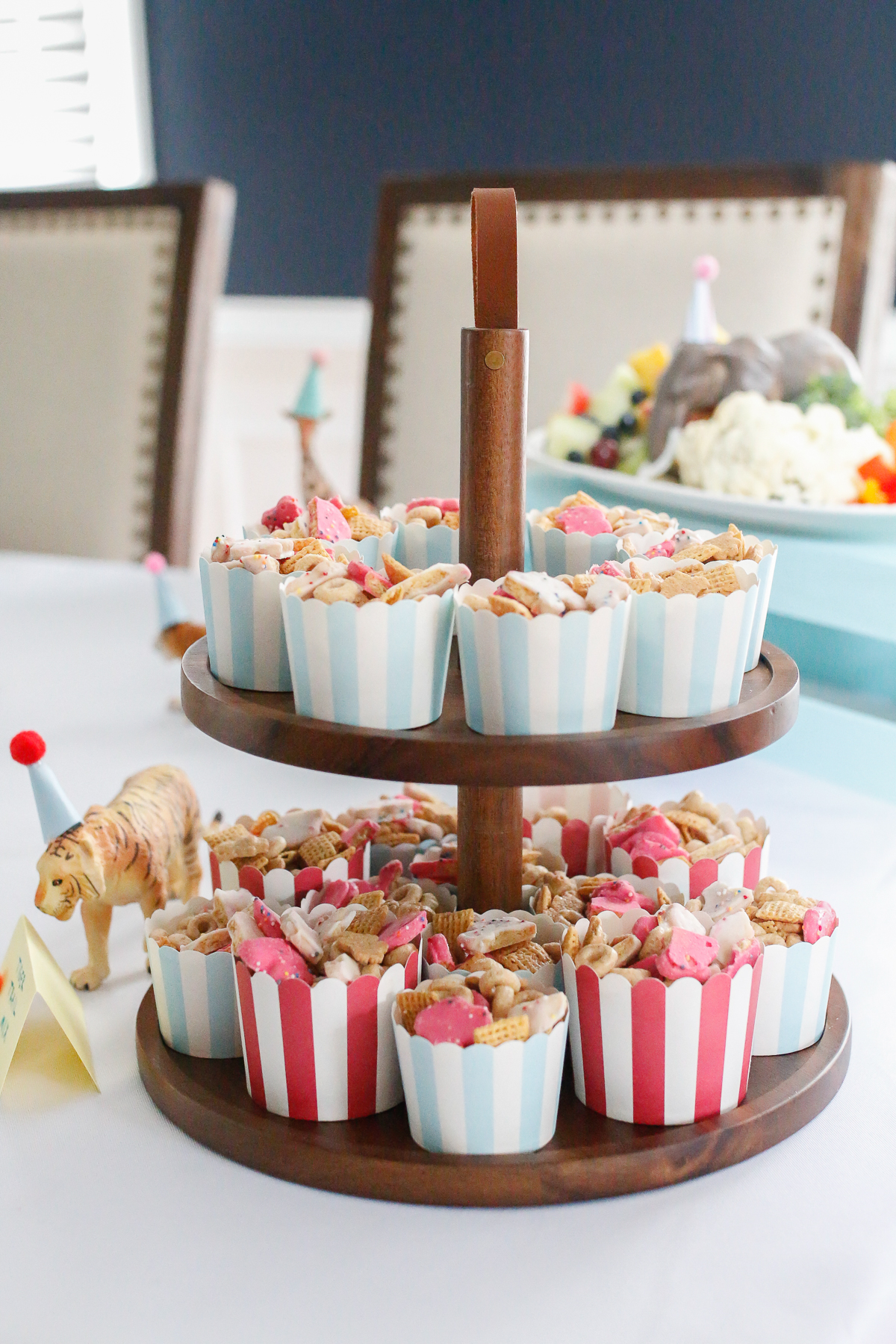 I had seen photos of different trail mixes all over Pinterest but could never find a post with a recipe, so I made one up on my own. This was SO easy to make – we simply placed all of the items in a mixing bowl and tossed it and then placed it into these cute cups. I kind of just eyeballed the amount of everything based on the number of guests we were having! 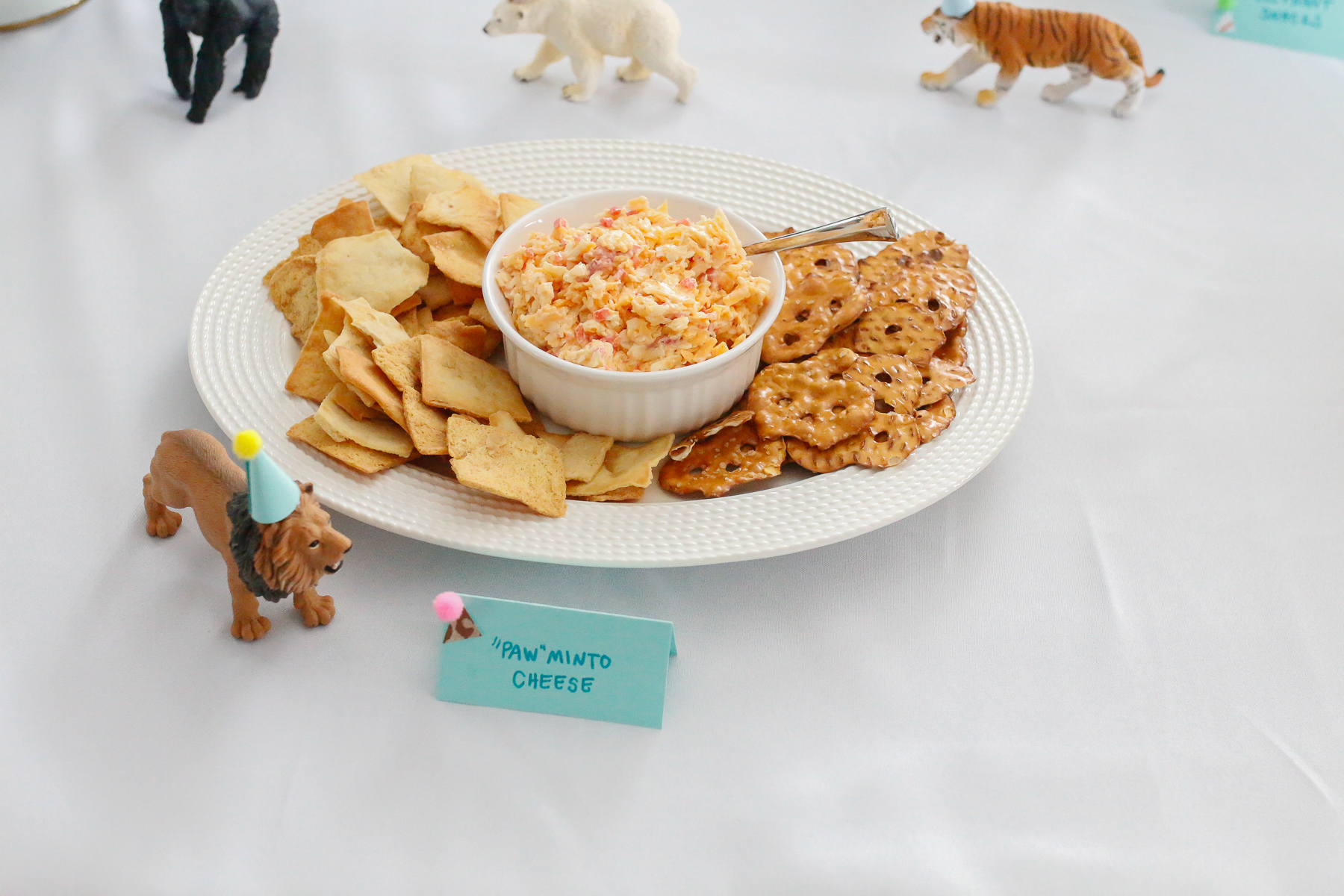 Nick has a great pimento cheese recipe that he has perfected over the years! Anytime people try it they immediately want the recipe! So of course it had to be part of the spread for Noah’s birthday! Below is the recipe. You can add jalapeños, but we opted not to since there were kids who would be eating it!

In a bowl whisk the mayo, pimentos, salt, pepper and cayenne together. Once mixed, fold in the cheeses to combine all ingredients. Cover and refrigerate for a few hours to allow the flavors to meld – then serve with pita chips or pretzel chips! 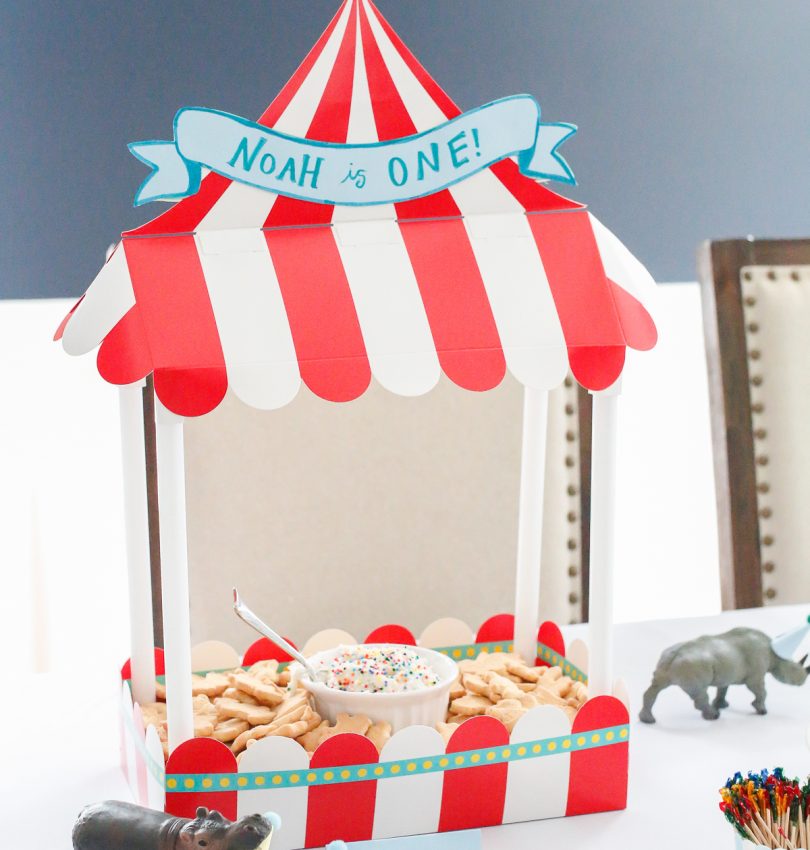 We knew in addition to the birthday cake we wanted something sweet for the kids and adults alike to enjoy. I found a recipe for a funfetti dip and knew it would be a great addition! It was super simple to make and everyone enjoyed it. We paired it with animal crackers to stay on theme!

Mix the cake mix, Cool Whip, and Greek yogurt together until blended. Keep refrigerated until ready to serve. Place in a dish & top with rainbow sprinkles and serve. 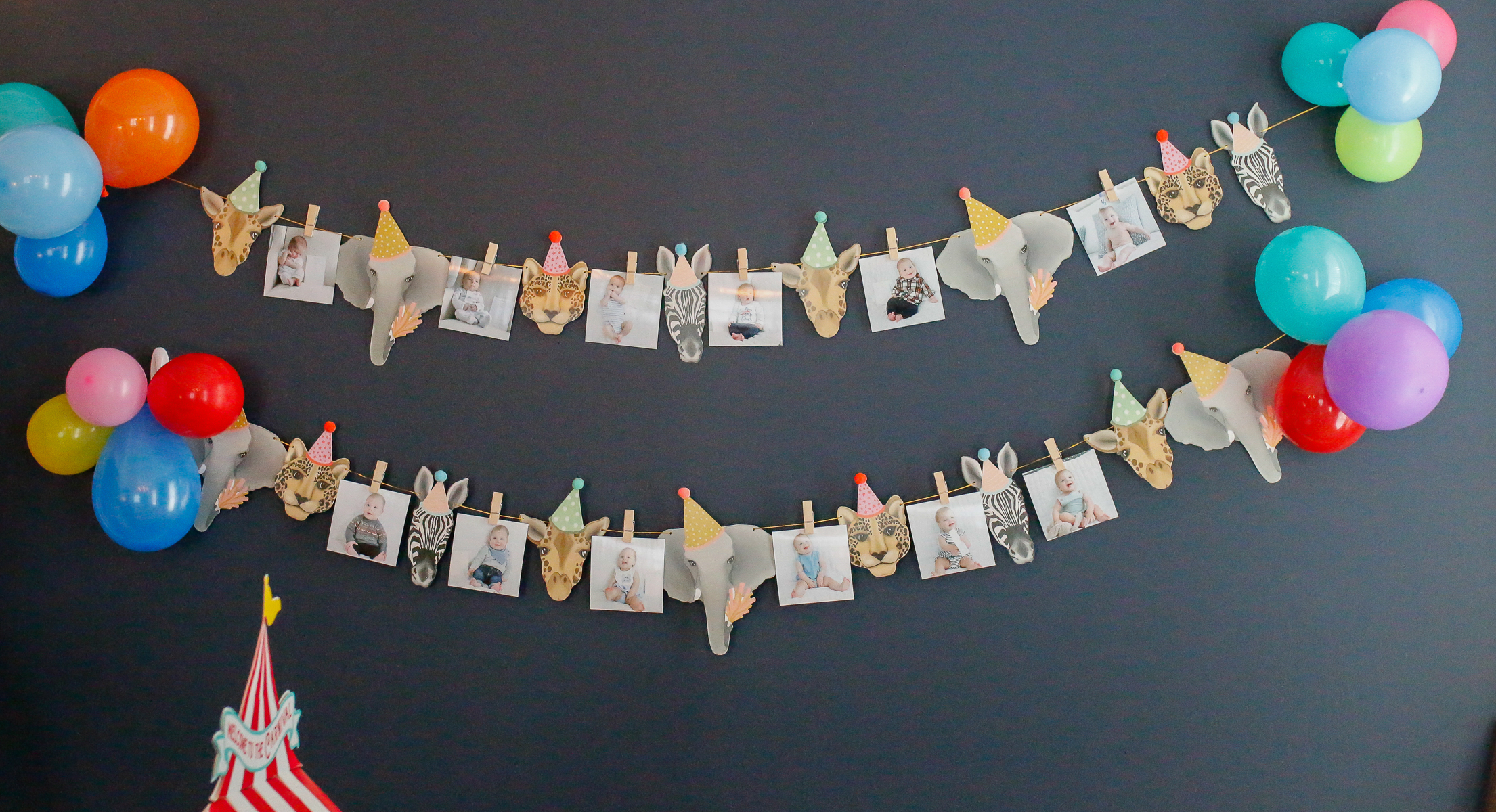 I found the cutest animal banner and decided to add his monthly photos on there as a fun way to display them for the party! I loved being able to see how much he grew month to month with these photos, but whew, I’m glad we don’t have to take them anymore! Each month got increasingly more difficult the more mobile he became haha! 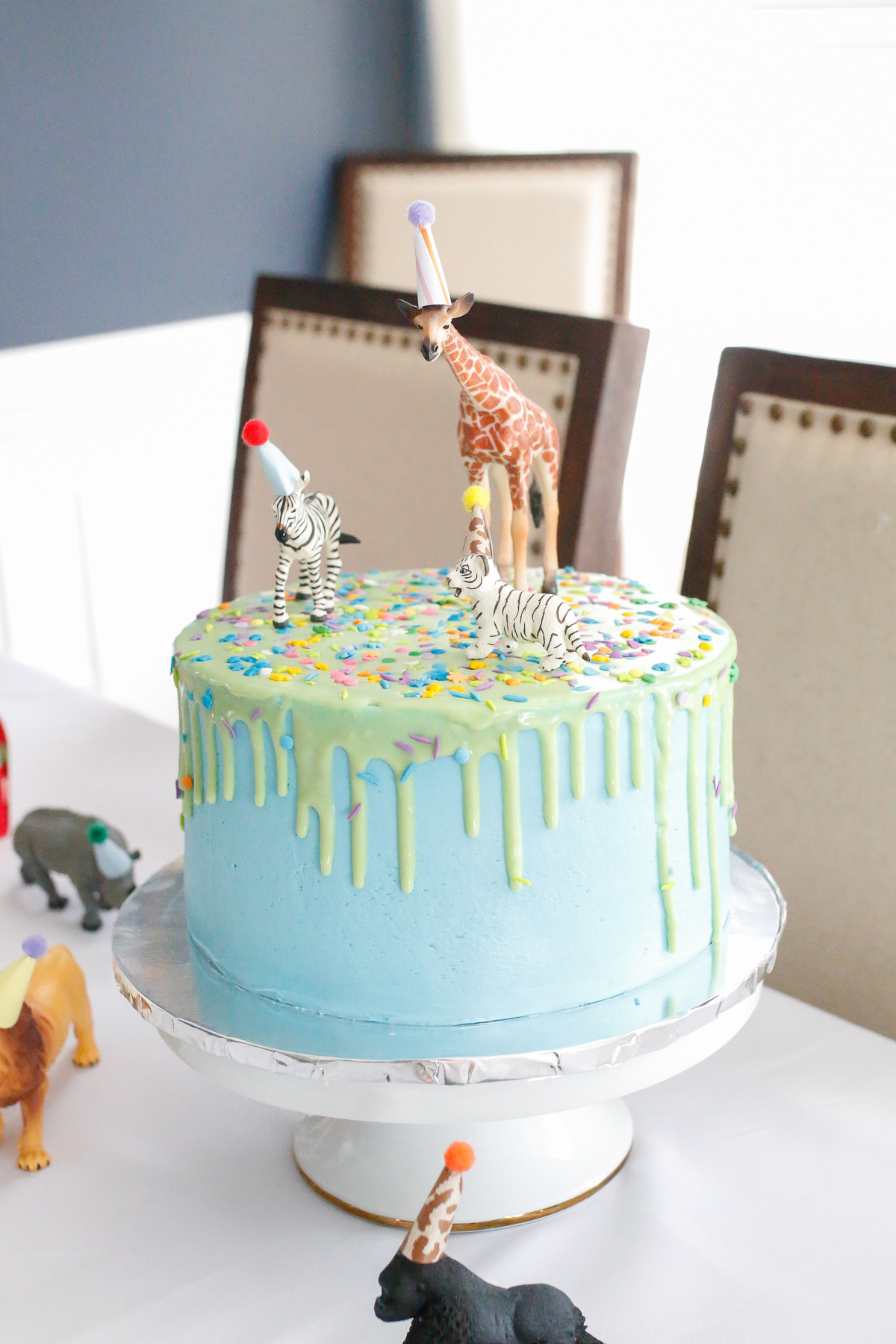 Once the party got started and guests started arriving I didn’t really get many more photos! We were too busy having fun! On his actual birthday we did a smash cake, so for his party we did a homemade funfetti cake. He was REALLY into the icing on top! 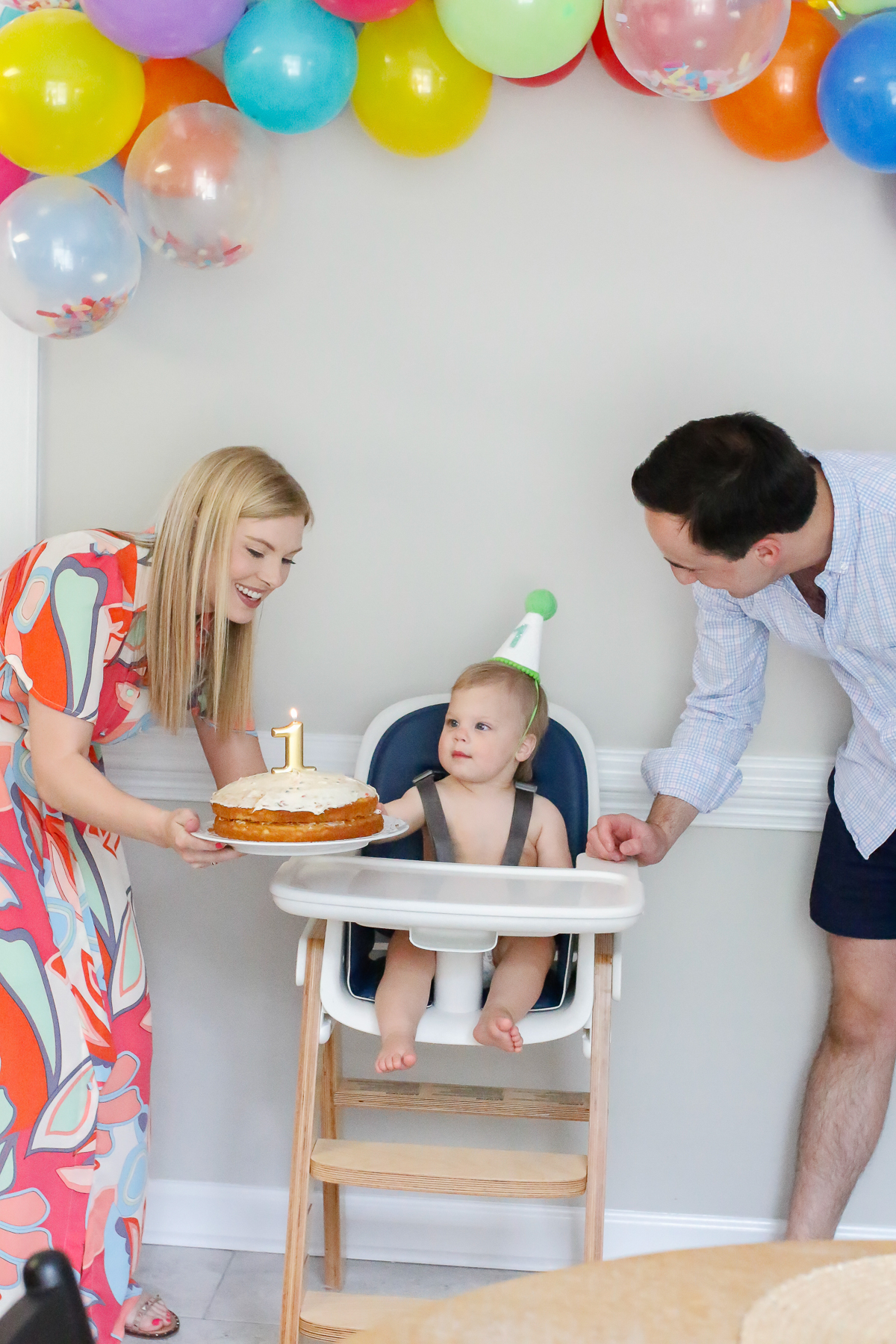 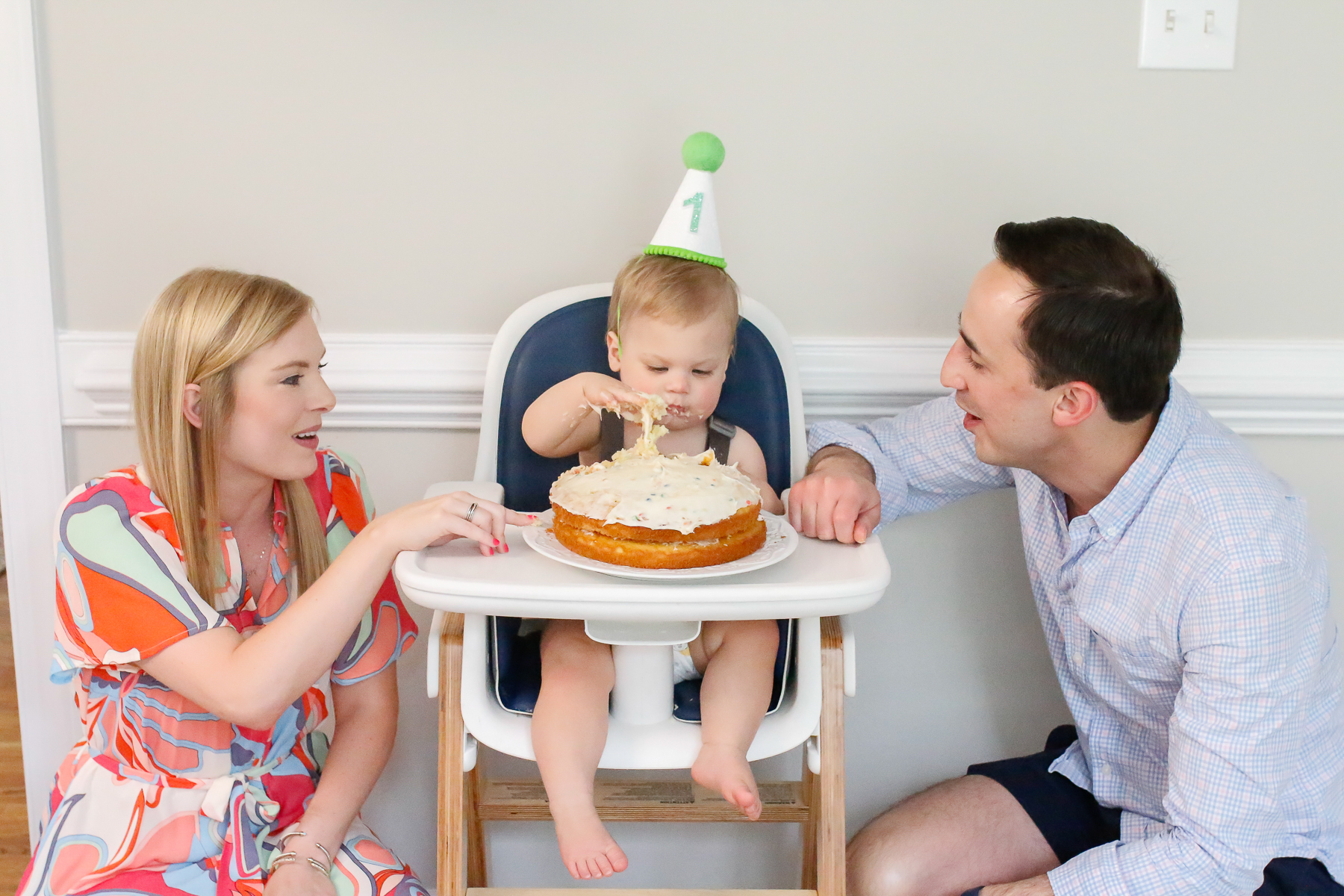 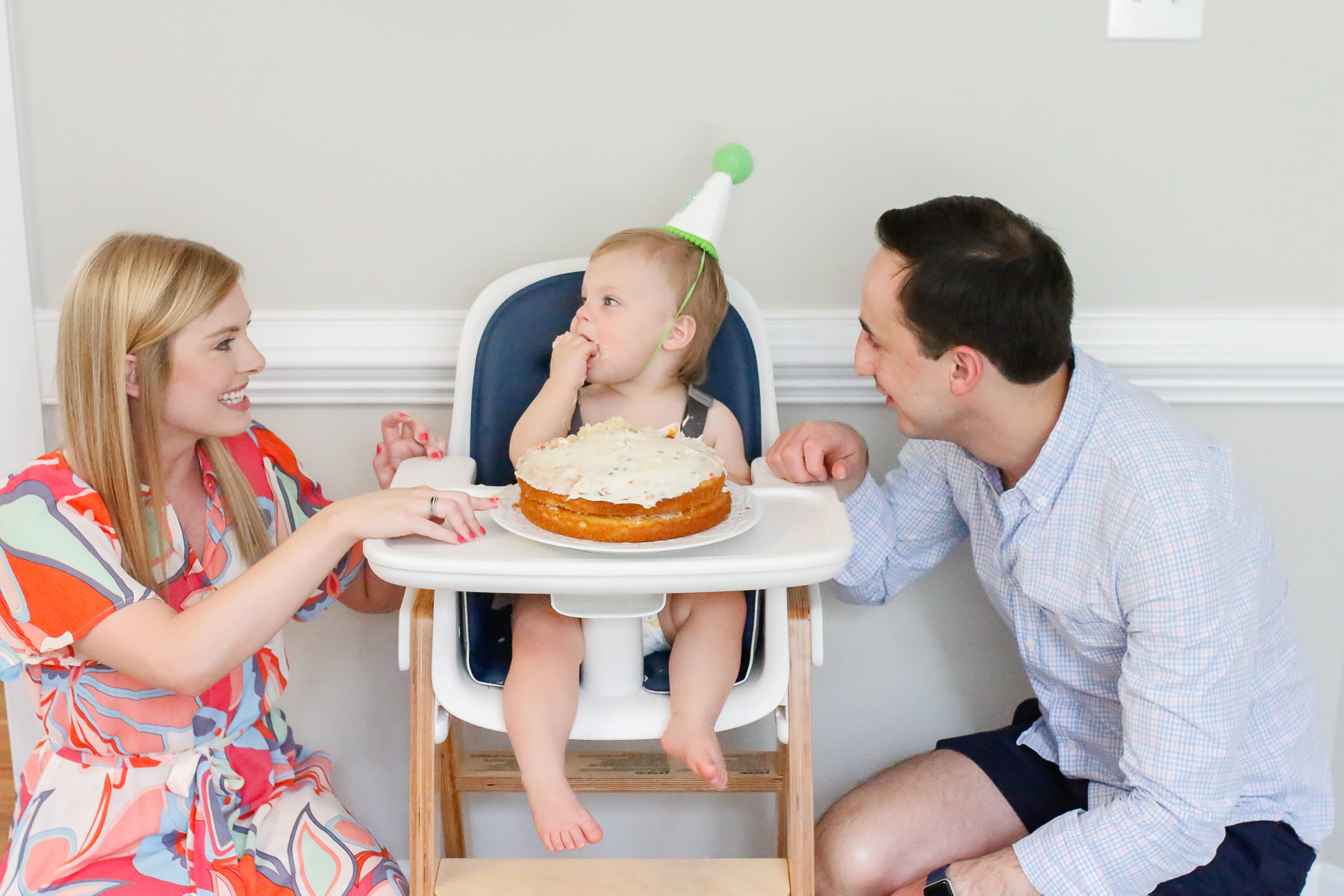 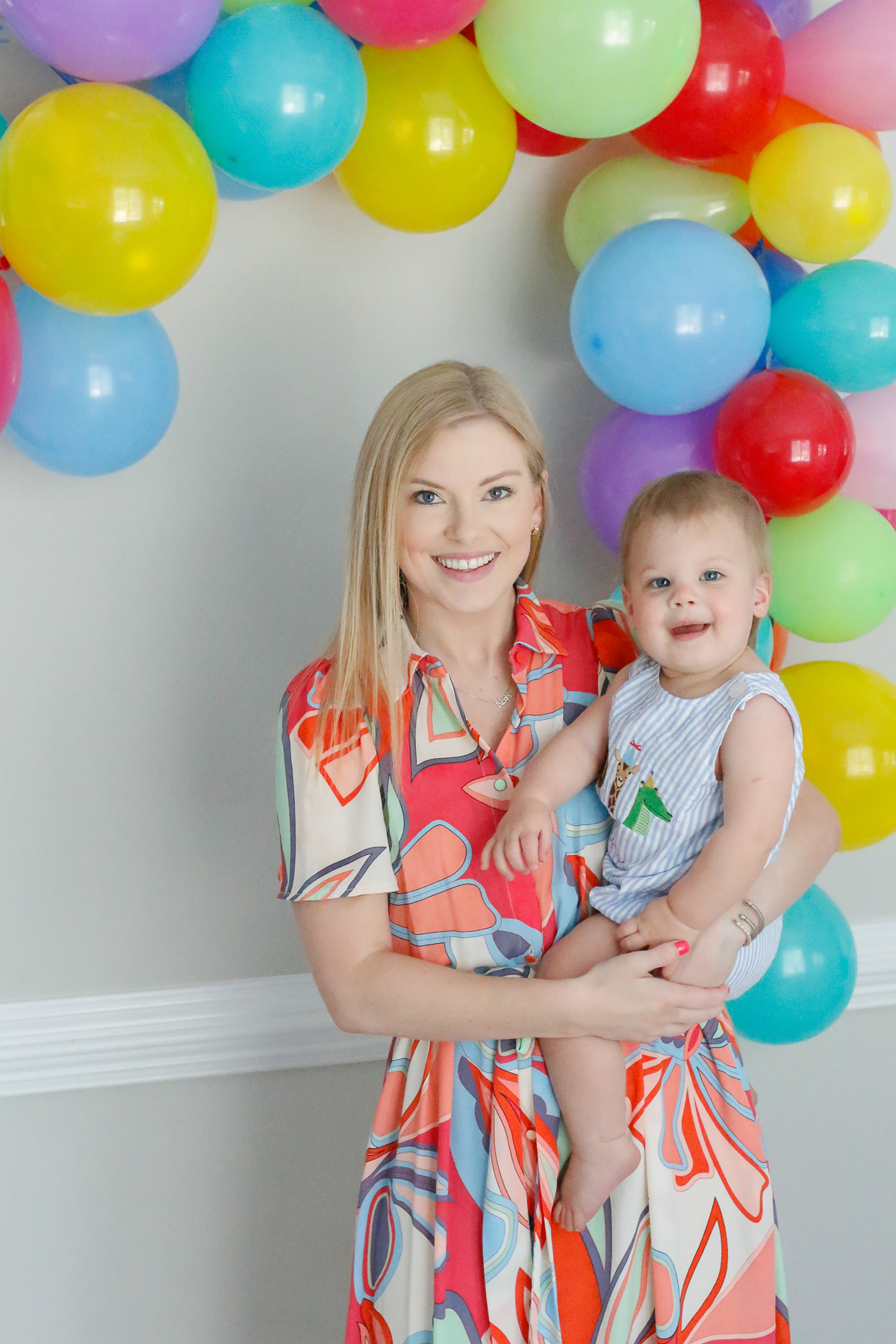 let me know if you have any questions in the comments!