Ahhh, where to begin? I can’t believe I’m already a few weeks into the second trimester and almost halfway through this pregnancy. This pregnancy has flown by so far and I feel like there’s so much to document and share! As I mentioned in my pregnancy announcement post, this pregnancy has been both really similar and really different than my pregnancy with Noah. I found out that I was pregnant right at 4 weeks (I found out with Noah right at 6 weeks) and for some reason finding out that early added a bit more anxiety to those early weeks of pregnancy. The first trimester comes with a whirlwind of emotions and this pregnancy was no different. I still felt cautiously excited mixed with the overwhelming fear of wondering “is everything ok?” and “is this normal?” but tried to reassure myself that everything was fine. These were emotions I was expecting with my first, but not with my second. It’s still such a nerve-racking time. Each week that went by and each doctors appointment provided such reassurance. 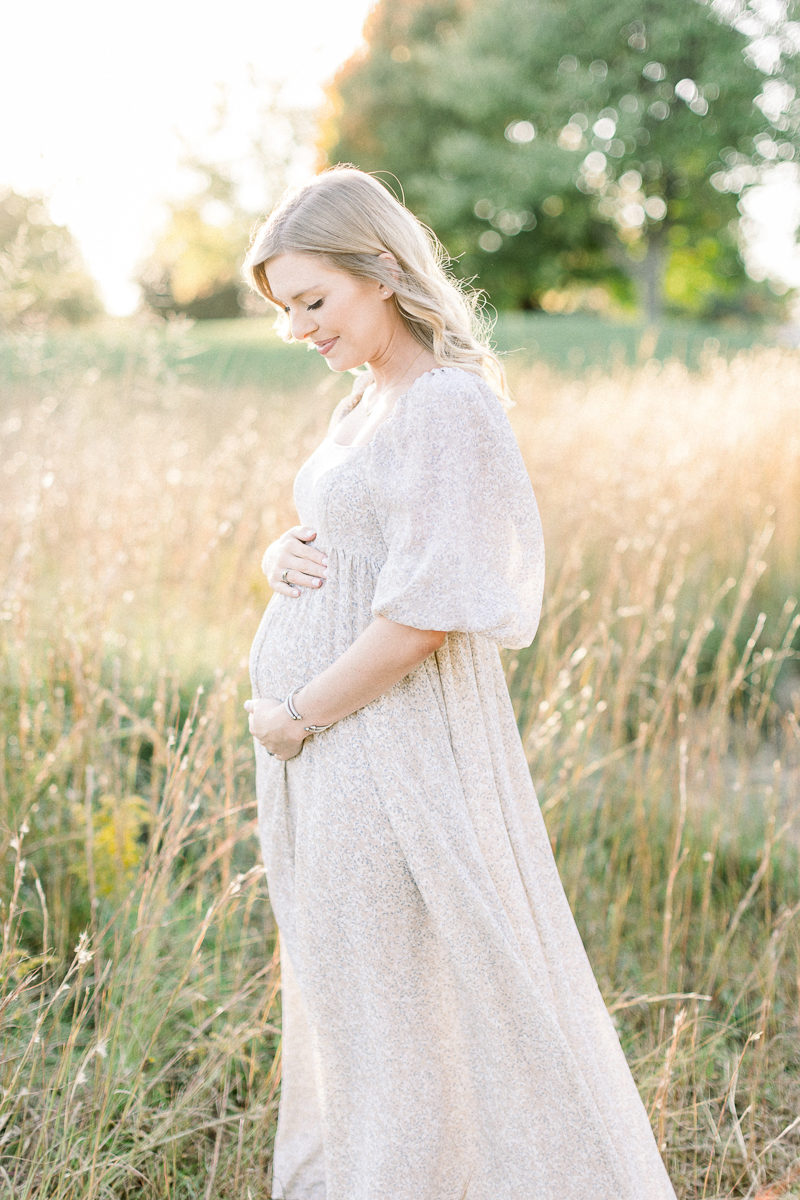 We found out that we were expecting at the beginning of August and were equally shocked and excited! I had been off of birth control for over a year and had been tracking my cycle with ovulation strips. We began trying in June and found out we were expecting in August. My expected period did not come on the Thursday it was supposed to, but I had been a bit stressed so I chocked it up to that, thinking it would come the following day. It wasn’t unusual for that to happen. I took a pregnancy test that came with my ovulation kit that day and it was negative. Friday came and we were supposed to go to the Wyndham Championship. I was feeling so bloated and a little crampy and thought “ok, I’ll start my period when I’m there…. great” but took a test that morning just in case. Again it was negative. By Sunday I still hadn’t started my period but all of the strip pregnancy tests I took said negative. Deep down, I *knew* something felt off. I was WAY more bloated than I typically am before starting my period. I mentioned to Nick that I had found a digital pregnancy test and was going to take it Monday morning just to confirm.

Monday morning rolled around and Nick headed downstairs to let Avett out and start our coffee. I took the Clearblue digital pregnancy test not thinking it was going to be positive. It quickly read “pregnant” and I flew down the stairs in complete shock and with the biggest smile on my face to tell Nick. I was in such shock I almost couldn’t speak and just held the pregnancy test out with shaking hands to show him! He was elated and couldn’t believe it. I had absolutely *no* chill and there was no way I could have hidden that from him the entire day in order to tell him in a “cute” way! The hardest part was having to get ready and go to work like it was any other day!

WAS THIS BABY PLANNED OR WAS THIS A SURPRISE BABY?

This baby was planned and we are really grateful that it happened again quickly for us! To give a little backstory, I have been off of birth control for over a year. I got back on it for a short bit once I finished breastfeeding Noah, but my body never reacted well to it and instead of switching to a different brand and waiting to see if my body adjusted we decided that it was best if I stayed off of birth control and simply tracked my cycle. So, I’ve been tracking my cycle using the Flo and Ovia apps along with ovulation strips. 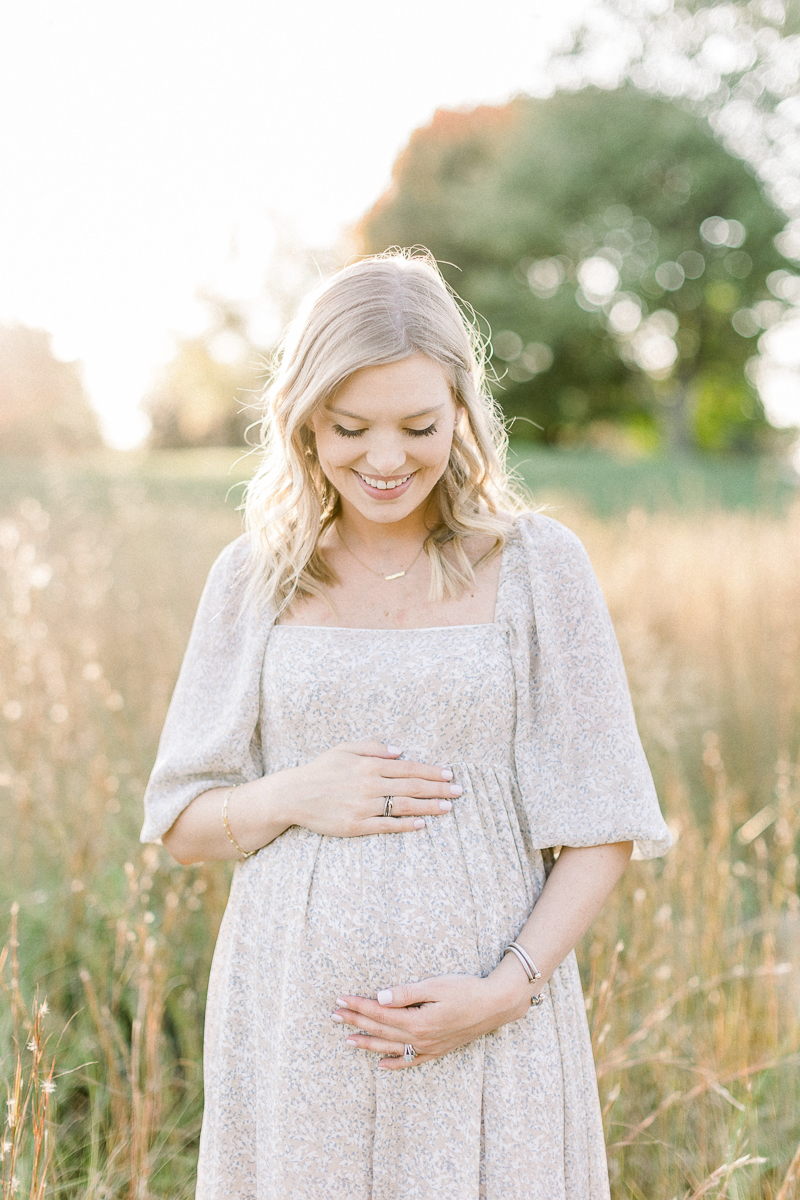 HOW WAS YOUR FIRST APPOINTMENT?

I was so so so nervous for our confirmation appointment. I scheduled the confirmation appointment with my OB for seven weeks, based on my last monthly period. From the positive pregnancy test to the appointment was roughly two weeks and that felt like an eternity! I was also weirdly nervous it was twins this time around (not sure why haha!) When the ultrasound tech started she noticed that I was measuring smaller at only 5 weeks 6 days (instead of 7 weeks). This made me really nervous but both the tech and my doctor assured me that was ok and luckily they were able to catch a fetal pole. I left that appointment feeling assured, but still nervous. The first trimester emotions are such a doozy.

HOW FAR ALONG ARE YOU & ARE YOU SHOWING YET?

I am currently 18 weeks and I am 100% showing! It’s true that you show sooner with the second baby. I felt like the bloating this time has been way worse and by the end of the day in week 10 I felt like I was huge. Luckily that bloating has subsided a bit and I have more of a belly than bloat now.

HOW HAVE YOU FELT & HAVE YOU HAD ANY MORNING SICKNESS? ANY CRAVINGS? AVERSIONS?

Like I mentioned above, this pregnancy has been both similar and different than my pregnancy with Noah. Overall I have felt pretty good. I’m really happy I haven’t had the debilitating headaches this time around. I dealt with nausea off and on throughout weeks 5-8 and found that I was much more tired than I was during my first pregnancy, but that could have to do with chasing a toddler 24/7! While I had morning sickness off and on for a few weeks I never actually threw up from it. I did, however, have a terrible stomach bug at 10 weeks that took. me. down. I have never thrown up that much or been that lethargic. Woof. I haven’t had any aversions, but all I have been craving are sweets! 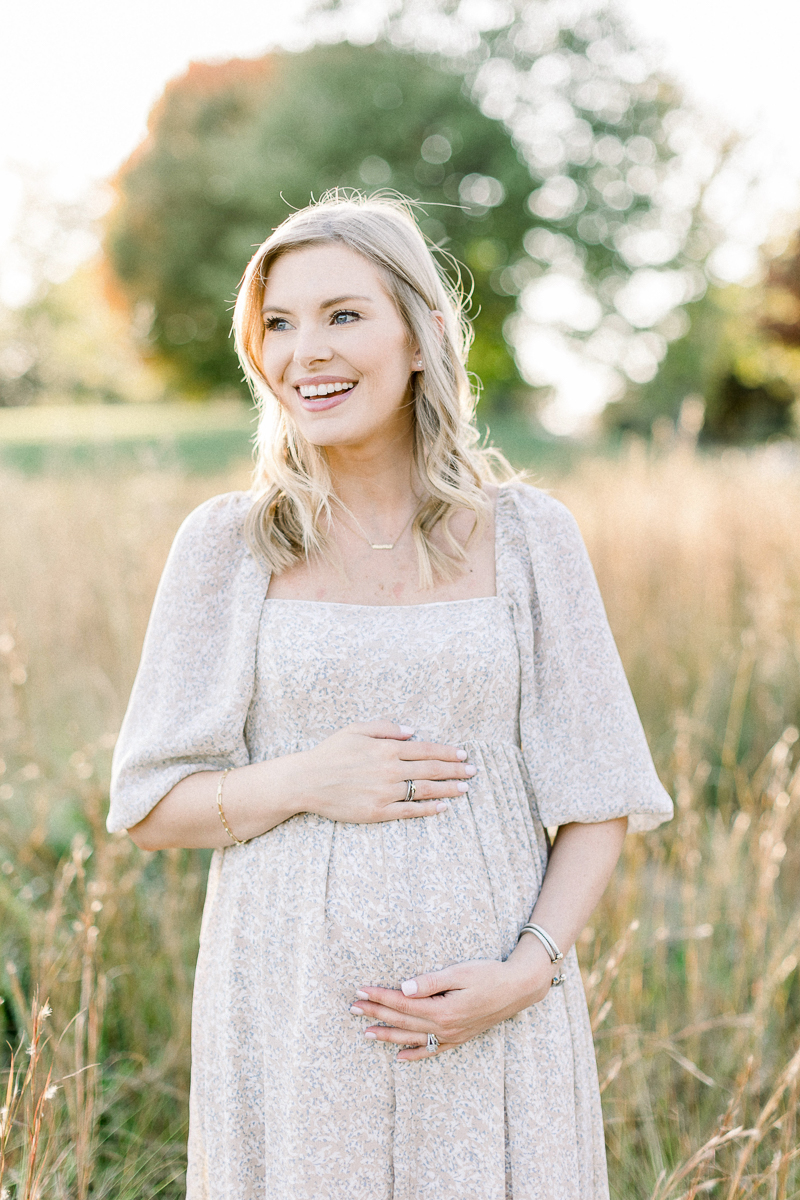 DO YOU KNOW THE GENDER?

This time around we opted to do NIPT testing at my first trimester appointment so that we could evaluate the risks of certain conditions and find out the sex early. We did the testing at 13 weeks and received the results at 15 weeks. We waited to find out on our anniversary at the end of October and have been soaking in the news ever since. We still need to tell friends and family, but we will share soon after our anatomy scan next week!

HAVE YOU PURCHASED ANY MATERNITY PIECES OR BABY RELATED ITEMS?

Since I started showing much earlier I got a head start on ordering a few maternity items! Last time I didn’t order much, but this time it was inevitable since I’m pregnant during fall/winter. I ordered a pair of straight leg maternity denim and two pair of skinny maternity jeans. I also ordered these maternity faux leather leggings which I have already worn quite a few times!

So far I haven’t ordered any baby related items. We have so much from Noah that we will be able to reuse again thankfully. I do have a running list of things we will need to purchase for baby #2, like bottle nipples, another sound machine, and of course, diapers and wipes. We are also thinking about getting a different monitor so that we can check in on both children. We currently have the Infant Optics non-wifi monitor but don’t love this version for two cameras. We would like to stay with non-Wifi for privacy and security purposes, so I’ll have to do some research there.

WHAT ARE YOU MOST EXCITED/NERVOUS ABOUT?

I am most excited about adding another baby to our family and seeing Noah in the role of big brother. Giving him the gift of a sibling is truly the best and I can’t wait to see them grow up together. They will be 33 months apart (almost three years) and I’m excited for that age difference. While I’m a bit nervous about the transition from one to two, I feel like I’m more equipped with knowledge this time and everything won’t feel so “scary.” There are certainly things I am nervous about and I expect plenty of new challenges, hard days, and surprises along the way, but I’m trying to keep a positive mindset and enjoy this next chapter as it unfolds. 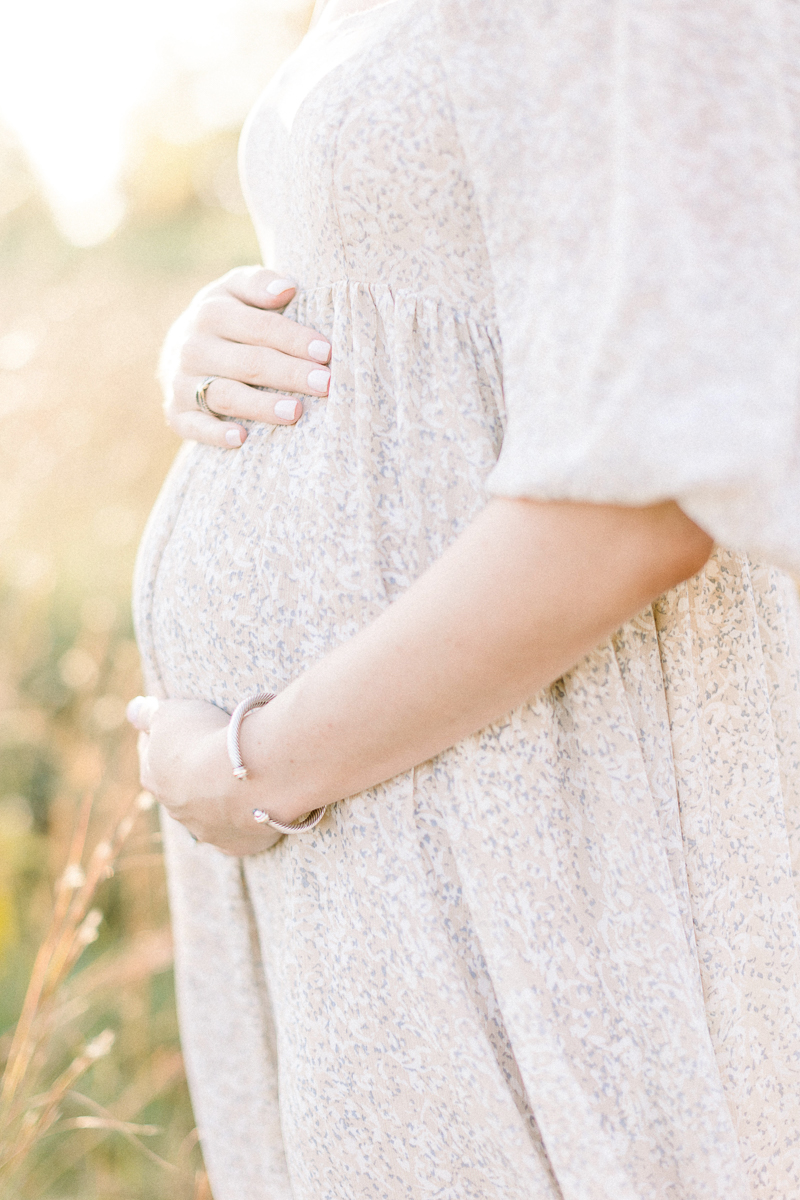 Thank you so much for following along! I am so excited to share this next chapter with you all!